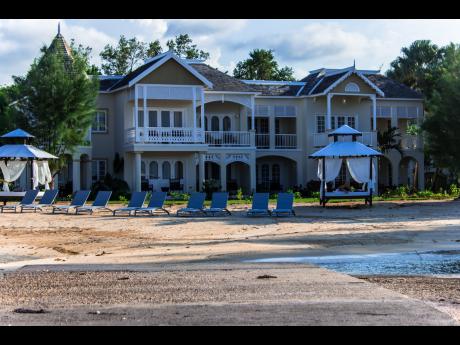 Billions of dollars have been spent on investments related to the National Insurance Fund and while that by itself isn’t surprising, what is, is The Gleaner report on an audit which suggests the spend has not been properly accounted for.

A CARNIVAL-LIKE splashing of at least $3 billion of taxpayers’ money from a ministry with responsibility for Jamaica’s poorest dominates the findings of a 2018 audit of the National Insurance Fund Resort Management Company Limited (NIFRMCOL).

ACARNIVAL-LIKE splashing of at least $3 billion of taxpayers’ money from a ministry with responsibility for Jamaica’s poorest dominates the findings of a 2018 audit of the National Insurance Fund Resort Management Company Limited (NIFRMCOL).

The NIF is tasked with investing pension contributions and does that partly through the NIFRMCOL, which oversees t ourism-based assets, which include the NIF-owned Braco Village Hotel in Trelawny.

NO VALUE FOR MONEY

The NIF chairpersons over the period were Lennox Elvy (20162020), who resigned in January from the board of the resort company, and Ralston Hyman (2012–March 2016).

The Melia-NIF contract included a provision for guaranteed returns to the NIF as owner, which was conditional on the hotel being profitable after the first year of operations.