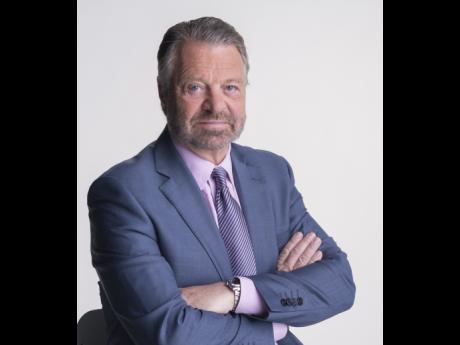 MEXICO CITY – With the United States beset by the COVID-19 pandemic, a deep economic recession, and heightened racial tensions, many observers predicted – some in hope, others resignedly – that the 2020 elections would bring about a significant change in the country’s social contract. Fortunately, they appear to have been right. Proposals to strengthen the welfare state and social safety nets have gone mainstream – and not only in America.

I argued back in May 2019 that America was ready for a more robust welfare state. And well before the pandemic began, the platforms and promises of many of the Democratic presidential candidates – including Elizabeth Warren and Bernie Sanders on the party’s left, centrists such as Joe Biden and Andrew Yang, and Michael Bloomberg on the right – suggested a marked shift to the left on many issues.

They advocated universal health care and childcare, free public higher education, and higher pensions and unemployment payments. A $15-per-hour minimum wage, non-property wealth taxes, universal basic income, and child support were on the agenda, too. Several candidates also pledged to fight systemic racism in housing and the justice system, introduce a Green New Deal, and even guarantee a federal government job to anyone who sought one.

Most commentators doubted that any of these proposals would gain traction in the presidential election campaign or even under a Democratic administration. Although many people wanted a new American welfare state, nearly everyone was sceptical that it would come about.

But the pandemic has sparked a rebirth of Keynesianism and the welfare state in Western Europe, Japan, Canada, and parts of Latin America, and changed the terms of US debate in ways that previously seemed almost unthinkable. Governments have spent an estimated $13.8 trillion, or 13.5% of global GDP, to counter the pandemic’s effects, including enormous sums for health, furlough payments, small businesses, women, and children.

At first, policymakers regarded much of this spending as a temporary necessity until COVID-19 vaccines became available. But, as the health and economic crises dragged on, it became increasingly apparent that many of these provisional measures would either become permanent, or trigger a major global debate about the need for a new kind of welfare state.

Three examples show how the narrative is changing. The first is President Biden’s $1.9 trillion American Rescue Plan, which Congress approved in March. As its name suggests, this is not a long-term, strategic package aimed at rebuilding the US and its dilapidated and dysfunctional social safety net. But it includes several possible ingredients of one.

The most important are Biden’s changes to the child tax credit, which could become the US equivalent of the French allocation familiale or the Canada child benefit. While the Biden plan provides funding only for one year of the new benefit, he and congressional Democrats are seeking to make it permanent.

In contrast to the universal French and Canadian schemes, Biden’s child tax credit is a means-tested benefit. Nonetheless, the new measure raises the maximum benefit most US families will receive by up to 80% per child, and extends it to millions of families who don’t earn enough to qualify under existing law. More than 93% of American children – 69 million – will receive benefits. According to some projections, the new benefit could reduce US child poverty by 45% overall, and by 50% among African-Americans. The Biden plan also almost doubles the tax credit for childcare, bringing it to approximately $100 billion per year.

A second telling indicator is that the influential and traditionally free-market British weekly The Economist recently devoted its cover, an editorial, and a long briefing to the rebirth of the welfare state. Although the magazine questioned the wisdom of some countries’ policies and suggested a series of reforms to European welfare states, it clearly acknowledged the need for a sweeping overhaul or reconstruction of most rich countries’ social safety nets. Moreover, The Economist recognised the logic of deficit spending at a time of near-zero interest rates and deep recessions almost everywhere, and even noted the growing popularity of universal basic income.

The third example comes from Latin America, where it was increasingly apparent even before the pandemic that narrow, tattered, and expensive safety nets – weakened by large budget cuts – were fuelling unrest and discontent. The large protests in Chile in October and November 2019, for example, reflected anger at deficient health care, low wages and pensions, and exorbitantly expensive higher education.

Likewise, Mexican voters in 2018 overwhelmingly rejected the two parties that had governed the country since the advent of democratic rule. Instead, they elected as president Andrés Manuel López Obrador, a populist left-wing rabble-rouser who appeals to citizens’ understandable resentment of high inequality, atrocious social services, mediocre schools, and an enormous informal economy that excludes half the population from the social safety net.

Last August, the United Nations Development Programme’s Latin American division began sponsoring a series of virtual meetings on the (re)construction of welfare states in the Americas, the pandemic’s impact on the safety net, and the fiscal implications of redefining social protection. To address these issues, the UNDP’s regional director, Luis Felipe López-Calva, former Chilean Senator Carlos Ominami, Mexican author Héctor Aguilar Camín, Sciences Po’s Gaspard Estrada, and I convened a group of left-of-centre politicians and intellectuals from several Latin American countries and the US, including government officials and opposition leaders. The fact that these discussions about forging a new welfare state are taking place at all is highly significant and attests to the issue’s region-wide salience.

The road to a stronger welfare state remains long and winding, especially for the US and Latin America. But what happens in America often quickly spreads to the rest of the world, for better or worse – and the recent reinforcement of its social safety net is unquestionably a welcome outcome.