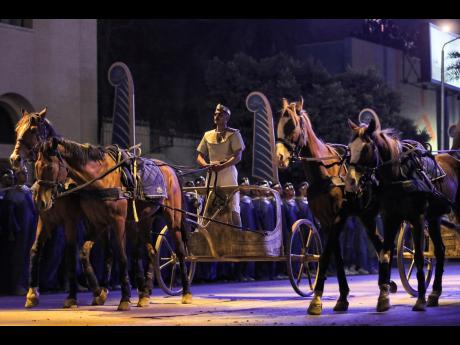 Egypt has held a special parade to mark the transfer of 22 ancient royal mummies to a new museum.

The mummies were transported by road in their own capsule accompanied by a full orchestra and a light show as the 18 kings and four queens were taken to a new location in Cairo.

They were carried on carts that cradled them and provided stability with each capsule filled with nitrogen to provide protection.

Academic Salima Ikram described the grand ceremony as "a way of showing respect" to the mummies.

Ikram, an Egyptologist at the American University in Cairo, said: "By doing it like this, with great pomp and circumstance, the mummies are getting their due.

"These are the kings of Egypt, these are the pharaohs. And so it is a way of showing respect."