Tooth fairy gets a raw deal after Guinness world record 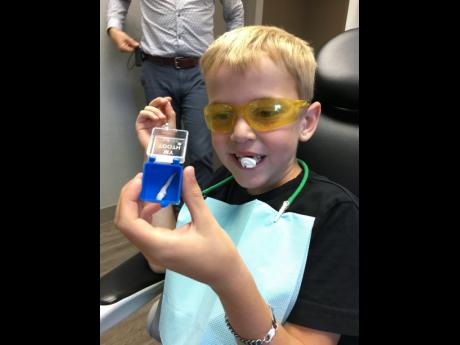 A boy has become a world record breaker after his baby tooth was measured at 1.02 inches long.

Luke Boulton, 9, had the tooth removed by his dentist in September 2019 but only recently discovered that he and his family's application for the Guinness World Record for the world's longest milk tooth had been successful.

Boulton's father Craig admits that he found it "disturbing" to think that such a long tooth had been in his son's mouth.

He told PTBO Canada: "It was a bit disturbing at first to think that was in someone's mouth.

"It was pretty impressive."

Boulton, from Ontario in Canada, revealed that he is planning to have his tooth displayed alongside his certificate when it arrives from Guinness.