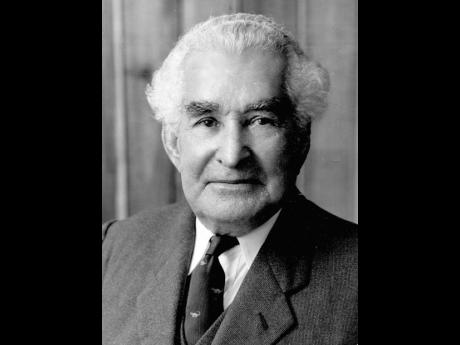 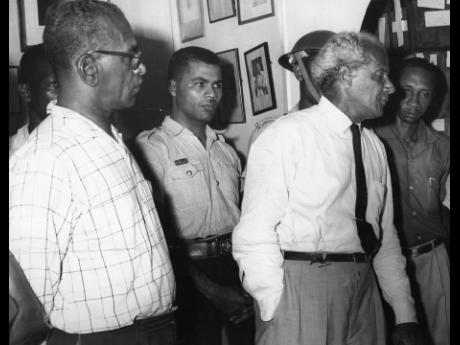 The Jamaica Labour Party were the first to govern the island of Jamaica after Independence in 1962. The Gleaner was there for the unveiling of that first government but was also there for the first time universal adult suffrage was at play during an election in 1944. The two moments are marked here in a Gleaner article following the JLP’s first post-independence election.

THE JLP IS BACK IN POWER

THE Jamaica Labour Party, Jamaica's first; Government under the new Constitution of 1944, . JL were swept back to power yesterday as a plurality of votes in the island's rural areas swamped the People's National Party, whose strength remaining true to the pattern of the 1961 Referendum was concentrated in Kingston and St. Andrew.

The JLP, which gained two Corporate Area seats in 1959 again ended up with two seats; and an island total of 26 seats to the PNP's 19.

The elections results were not affected by the People’s Political Party, whose 16 candidates all lost their deposits, and only one independent, Mrs. Rose Leon in West Rural St. Andrew, had any effect on the elections at all: a negative one, in that her votes may have lost the JLP this seat which they won in the 1959 elections.

The results have given the JLP three less than the 29 majority which the PNP secured in 1959 and ensure that the PNP will be a strong Opposition; but two sitting Ministers, Mr. Jonathan Grant, Minister of Labour and Mr. Kenneth Sterling, Minister of Housing have lost their seats.

The PNP votes were heavily concentrated in the Corporate Area with all the party leaders polling and winning by heavy majorities, excepting in West Central and East Central Kingston – the constituencies of Mr. Wills O. Isaacs and Mrs. Iris King – where the JLP reduced he PNP’s former majorities.

The islandwide picture shows that the JLP won two seats in the Corporate Area, all the seats in St. Thomas, Portland, Trelawny, St. James, Hanover, Clarendon and St. Catherine and failed by a few votes to take all the seats in St. Mary winning two and losing narrowly in the third.

The PNP won 8 seats in the Corporate Area, all the seats in Manchester and took 3 of the four seats in St. Ann.

The culmination of the election," the polling and count of: votes yesterday, came at the end of several weeks of campaigning I n which both sides went all out for a victory and in which none but a few optimists conceded any chances at all of the People’s Political Party led by Mr. Millard Johnson and the 8 Independents (including two former members of the PNP).

In spite of the tensions of the campaigns, however, the elections just concluded can be described as the quietest in the island’s modern history. For the first time there were no deaths directly attributed to the campaign and incidents of violence were relatively few.

The campaign was carried through on the slogans “Power” for the PNP and “Freedom” for the JLP.

Election Day itself was on the whole quiet, except in Western Kingston where rival party supporters clashed frequently and forced the police to use tear gas on several occasions.

Voting was brisk during the day and orderly, and interest remained high throughout the day und again last night as the count of the votes inexorably pointed to a JLP victory. From as early as 7 o'clock a definite trend was established for the JILP and by 8:30 o'clock victory had been conceded. Interest was maintained to the very end In the constituencies of North-Western St. James, Western St. Mary and Central St. Catherine which were see-saw affairs with first one candidate and then the other took the lead. But the question of whether the JLP would win the election was never in doubt after 8 o'clock. It was just a question of how many seats the JLP would win-— whether 24, 25 or 26.

As the trend became firmly established, JLP supporters all over the country began to celebrate and there were some sporadic clashes between them and PNP supporters in some sections of the Corporate Area.

But by midnight there was quiet in all the streets of Jamaica. Closing down his office last night Mr. O.M. Royes, the Chief Electoral Officer said: “It has been generally quieter than  most general elections although it has been easily the keenest contested general elections that I have worked through”. The results have shown how keen the contest has been.

“This has been about the most exacting exercise in election work that I have experiences over the many years that I have been engaged on this job.

"My fellow workers, both in the head office and throughout the Island, have been a wonderful team which I would be pleased to work with anywhere on any assignment.”

“I consider the reporting of the results of the election has been excellent, and I feel that this has been largely due to the full cooperation of my Returning Officers , the telegraph offices throughout the island, an d especially in Kingston as well as the Jamaica Telephone Company.”