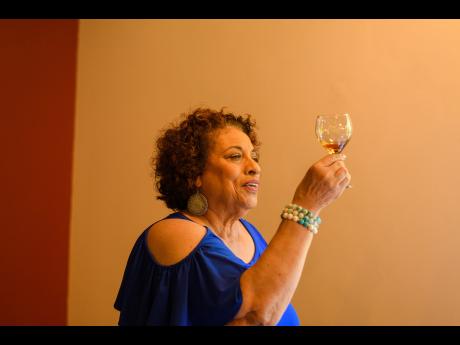 Jamaica has the most bars in the World per square mile, and it is no fluke that our spirits have gained notoriety worldwide due to their quality.

To mention the word rum and not mention Joy Spence would be tantamount to blasphemy, as the affable rum connoisseur could easily be described as the 'first lady of Spirits.'

Spence is widely recognised for her part in the development of Appleton Estate rum. Spence hails from the parish of Manchester, located in Jamaica’s Middlesex county. Raised by a banana industry worker and homemaker, Spence set out for success at a tender age.

With the help of her science teacher Eldora Mills, Spence inherited a true passion for chemistry and further taught herself after the passing of her tutor. Her dream of becoming a teacher was under construction when she enrolled at the University of the West Indies. She graduated from the University of the West Indies in 1972, where she received a chemistry degree with first-class honours.

1975 would prove to be a very successful year for Joy Spence.

Her dream came to fruition when she became a chemistry teacher at Jamaica's College of Arts & Science, later named the University of Technology. She would continue her studies, pursuing master’s degree in analytical chemistry at the University of Loughborough, England.

She made her mark at the University of Loughborough, graduating with honours and the highest scores ever to be recorded by any student on their exams. Spence’s record still stands to date.

She returned to Jamaica in 1979 and changed her career path. She was offered a position as a research and Development Chemist at the Estate Industries Limited that produces the world's famous Tia Maria Liqueur.

She felt unchallenged working at Estate Industries Limited so she applied to work at J Wray & Nephew Limited who were producers of the Appleton Estate rum.

In 1981 she was chief chemist at the Appleton Estate Limited, working alongside Owen Tulloch master blender. At that time, she believed her position may have intimidated men as it was not the norm for a woman to make inroads in a field of this nature.

In 1996, Spence was appointed General Manager, Technical and Quality Services and in a short time obtained the position of Master Blender after Tulloch’s retirement.

Spence has achieved awards such as the Order of Distinction in the Rank of Officer, (OD), by the Jamaican government for her service to industry in 2005. The Rum Experience Pioneer’s Award for outstanding rum achievement at the Golden Rum Barrel Awards, the Honorary Doctorate of Science by Loughborough University and in 2014 she received the “Outstanding Contribution” Award at the International Spirits Challenge (ISC) Awards.

Wray and Nephew have memorialised Spence's contribution to the Company by naming its signature attraction, the 'Joy Spence Appleton Estate Rum Experience'.

In retirement, Spence makes special guest appearances at the tour facility but her passion for chemistry remains best represented by her 'Foundation in Chemistry' initiative which is aimed at promoting the subject among high school students.

Spence’s career bears out her philosophy, "There are only two answers to any question. Yes or No. I am not afraid to take risks.”