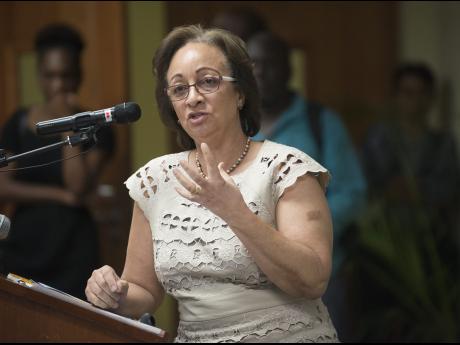 Maureen Samms-Vaughan is known internationally as a pioneer in the field of child health, development and behaviour.

A native of the parish of St Thomas, Maureen knew early on that medicine was where her heart lie. In those innocent years she would often pretend to be a doctor. Add to that, her love for children, which she learned from the community matriarch and her mother and you had the ingredients for a life well spent. Her mother was well known for providing shelter, care and love neighbouring children needed.

Samms Vaughan, born in 1957, was a proficient contributor to Jamaica’s National Parenting Policy. She was a paediatrician whose research focused on the comprehensive identification of factors influencing children's development.

In fact, Professor Samms Vaughan led one of the earliest and most comprehensive longitudinal studies of child development in a developing country.

The extensive studies led to policy and programmatic interventions in the development of Jamaica's National Parenting Policy, the improvement of early childhood development, interventions to lessen violent and aggressive behaviours and guidelines on television viewing by the Broadcasting Commission.

Professor Samms Vaughan held various academic positions at the University of the West Indies. She was a Lecturer and Senior Lecturer in Child Health since 1993 and was appointed UWI's first Professor of Child Health.

In 2006 she was a professor of child development and behaviour. Of course, Professor Vaughan rendered her services both locally and internationally.

In 2007 she obtained the title of UWI’s first Professor of Child Health and Child Development. Professor Samms Vaughan established the Child and Family Clinic for developmental and behavioural disorders and became the first Chairman of the Early Childhood Commission (ECC) in 2003. She was seconded to the Early Childhood Commission for three years.

The Professor was also a prolific writer, producing more than 50 publications, including three books, several book chapters and peer-reviewed papers, on a range of child development and behaviour-related topics.

She has consulted in the field of child development and behaviour for the IDB, the World Bank, UNICEF and PAHO on numerous occasions and is a member of the IDB's Advisory Group on Early Childhood Development.

She has been a member of the Government of Jamaica's National Advisory Council on Disability and the National Council on Education. She serves as a Director of Family Life Ministries, The Usain Bolt Foundation and several school boards and is the Patron of the Jamaica Autism Support Association, a parent support group for children with autism.

Professor Vaughan has received awards for her dedication in the field, including the Commander of the Order of Distinction, by the Government of Jamaica in 2007 for pioneering work in early childhood development and child healthcare.