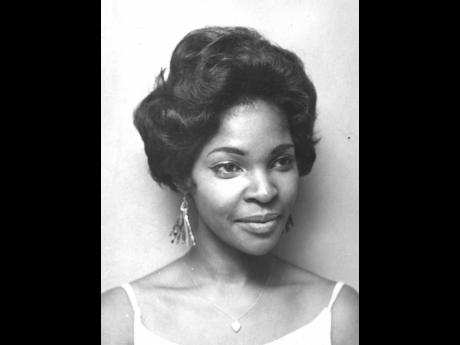 Leonie Forbes is one of the foremost names in Jamaican media. Before she built that impressive body of work as actor, journalist, educator, she was a rookie, but even then, her talent was undeniable. As far away as Australia, as this Gleaner article from 1969 shows, Forbes was standing out.

Jamaican actress Leonie Forbes Amiel has been making news headlines in Australia for her role as Portia in the College Players’  production of Shakespeare’s “Merchant of Venice.” Newspapers, radio and television have given considerable coverage to her performance with the Players, a semi-professional Brisbane Theatre Company.

The production opened for a ten-day season in Brisbane last month and moved on to towns in south-east Queensland.  Appearances are scheduled for May at Canberra and then a succession of towns in north Queensland.

Writing from Brisbane, where she and her husband Dr. Keith Amiel are currently resident from among several actresses of varied nationalities.  The College Players, she writes was started about six years ago by Don Bachelor, a former radio and television director.  Part of the Company’s personnel are professional theatre people while others are part time, many of them being from the university. The leading man who plays opposite her in “Merchant of Venice” is a final year law student.

When the new State Government theatre opens in Brisbane in two month’s time, the Company will present a season there.

The play is Leonie’s first major professional role in the theatre since she arrived in Brisbane from Jamaica last June.  She has taken part in ABC radio plays, taught drama at three Brisbane schools and is now working as librarian for IBM Australia Ltd. in Brisbane.  The firm gave her leave to go on tour with the play.

An interesting note for theatre buffs is recorded in one of the newspaper profiles on Leonie.  It tells that she wears a honey coloured wig and special makeup to give her a more olive complexion for the role.

On her work in radio, another Australian paper tells that Leonie Amiel now comperes a programme “Music from the Caribbean” on  station 4QR.  The series begins April 19.  Each programme will include talk – including poetry and music.  Leonie studied at the Royal Academy of Dramatic Arts where she went on scholarship in 1961. She returned to Jamaica about three years ago and was on the staff of the JBC until shortly before she left  for Brisbane.