Another parent faces uncertain tomorrow after loss of a child 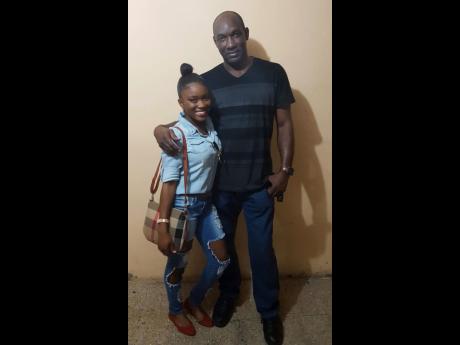 Contributed
The late Janelle Maitland and her father, Wayne Maitland.

A parent outliving their children is a nightmare all with the lot in life to see the dreams of their ‘little ones’ unfold before their eyes has to bare. When that nightmare comes true for one, we are left to hug our little and not-so little ones tight. But, we also face the question, how would we go on?. For Wayne Maitland, amidst his grief is that very question. As yet, he has no answer.

WAYNE MAITLAND is a broken father.

Janelle Maitland, 20, did not make it back. The minibus in which she was travelling crashed on Highway 2000, killing four people on the spot.

“It is just that people don’t understand the purpose of cell phones at times and the grief that people are going through,” said Maitland, masking his anger.

“She constantly called me and asked me, ‘Daddy, you watered the plants?’ And I would tell her yes.”