Productivity after the pandemic 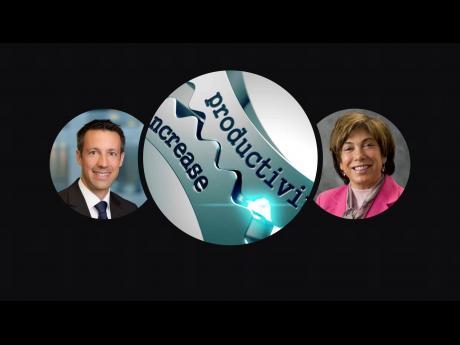 If output growth exceeds employment growth over the next few years, productivity will increase (at least temporarily). The Congressional Budget Office’s most recent forecast predicts labor-force productivity growth of 1.5% per year for the 2021-25 period, up from an average of 1.2% per year between 2008 and 2020.

In response to the pandemic, many firms – but especially large ones – have made significant strides toward boosting productivity through automation, digitalisation, and the reorganisation of operations, including a rapid shift to at-home work, to boost efficiency and resilience.

In a December 2020 McKinsey & Company survey of business executives in North America and six European countries representing about 40% of global GDP, 51% of respondents said they had increased investment in new technologies in 2020, and 75% said they planned to do so in 2020-24. By contrast, just 55% reported increased investments in 2014-19. Moreover, a 2020 survey conducted by the World Economic Forum (WEF) found that 80% of firms plan to increase the digitalisation of their operations and expand their use of remote work, and 50% intend to accelerate the automation of production tasks.

If all of this potential is realised, annual labor productivity growth in the United States and several European economies could increase by about a percentage point between 2019 and 2024. But achieving such a dramatic supply-side improvement requires that the productivity-driving changes spread from the large firms where they have been concentrated to small and medium-size enterprises.

Many in this latter group have so far been unable or reluctant to increase their investment in automating or digitalising their supply chains, operations, and delivery models. And without such investment, the productivity gap between big “superstar” firms and a long tail of lagging competitors will increase, diminishing economy-wide productivity gains and exacerbating the post-2008 trends toward greater inequality in economic performance across firms and regions and more market concentration.

Equally important is the trajectory for aggregate demand, which will depend on what happens to employment and income growth. The most convincing explanation for the disappointing productivity growth in the decade following the 2007-09 global financial crisis was chronically weak consumption and investment demand. While the pandemic-era acceleration of automation and digitalisation may boost productivity on the supply side, it could have a detrimental effect on demand, by hampering growth in labor income and consumption – a major determinant of economic growth generally.

During the next year, consumption growth is likely to be strong, owing to the post-pandemic release of pent-up demand and massive injections of fiscal stimulus. But, over time, the effects of efficiency-focused productivity measures and accelerated digitalisation could dampen employment and income growth, cause polarisation within labor markets to deepen, and eliminate middle-skill jobs, thereby constraining consumption growth among those with the highest propensity to spend.

The long-run effects could be substantial. About 60% of the productivity potential identified in the most recent MGI report reflects efficiency-boosting cuts to labor and other costs. The WEF survey found that 43% of the businesses surveyed anticipate net reductions in their workforce as a result of pandemic-accelerated automation and digitalisation. In a related report, MGI estimates that an additional 5% of workers (eight million) could be displaced by automation/digitalisation by 2030, on top of the 22% of workers estimated to be vulnerable before the pandemic.

In the US and other industrialised economies, the largest negative impact of the pandemic on jobs and incomes has been in food services, retail, hospitality, customer service, and office support. Many of these low-wage jobs could disappear altogether if pandemic-induced reductions in professional office time and business travel diminish demand for myriad services such as office cleaning, security and maintenance, transportation, and restaurant and hospitality services. Prior to the pandemic, these occupations accounted for one in four US jobs and a growing share of employment for workers without a post-secondary education.

Weak investment poses another demand-side risk to potential productivity growth. Business investment rates overall were already in long-run decline before the pandemic (hence the post-2008 productivity slowdown), and investment has since contracted further, owing to a decrease in private non-residential investment from its 2019 peak. That said, the decline in investment during the COVID-19 recession has not been as large as that of the 2007-09 financial crisis.

To realise the potential for higher productivity growth, fiscal and monetary authorities should shape recovery policies with two broad goals in mind: fostering strong and inclusive income and consumption growth, and boosting public and private investment in physical capital (infrastructure and affordable housing), human capital (education and training), and knowledge (research and development).

Given the significant shortfalls in public infrastructure that have developed over decades of underinvestment, the Biden administration’s infrastructure plan could crowd in private investment, boosting overall investment in the short run and increasing the economy’s long-run potential productivity growth.

Laura Tyson, former chair of the US President’s Council of Economic Advisers, is Professor of the Graduate School at the Haas School of Business and Chair of the Blum Center Board of Trustees at the University of California, Berkeley. Jan Mischke is a partner at the McKinsey Global Institute.