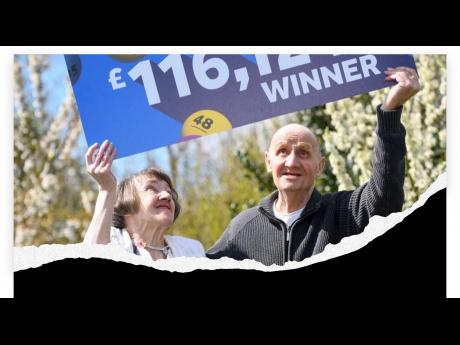 A pensioner won over £100,000 on the lottery after forgetting his glasses and not being able to choose his regular numbers.

Dennis Fawsitt usually uses family birthdays for his weekly EuroMillions ticket but went for a lucky dip after forgetting to bring his spectacles to his convenience store in Derbyshire.

Fawsitt said that leaving his glasses at home turned out to be "one of my best decisions ever" as claimed the £116,124 jackpot with his lucky dip numbers.

He told the BBC: "I realised I had forgotten my glasses and tried to pick my numbers, but I just couldn't.

"I went to pay for my papers and asked the lady behind the counter for a lucky dip."

The 80-year-old revealed he had a "funny feeling" that he was going to win big money after not playing his traditional numbers.