How long can you spend alone? 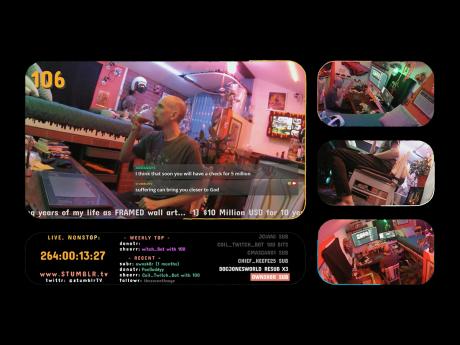 A man has spent over 100 days live streaming himself in a shed.

Tim C Inzana has spent the entirety of 2021 in isolation and says he is prepared to do so for a number of years as he creates a piece of art.

The concept could be a moneyspinner for Inzana as he hopes to make millions by selling his Twitch livestream in a custom frame as an unusual piece of artwork.

Inzana has revealed that he will keep his stream running for up to five years so long as he has at least 7,000 subscribers and explained that his unusual scheme has the support of his fiancée, who passes him essentials through a window.

He said: "I don't know exactly what I'm doing, to be honest.

"There's elements of me just following hunches and wanting to make the world a better place."