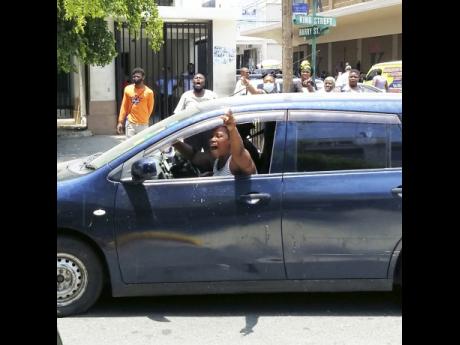 The family of convicted Tivoli Gardens strongman, Christopher ‘Dudus’ Coke, has forever been plunged in infamy. The name Coke has forever been linked to organised crime. Well, at least, that’s the narrative the community offers up as the reason Andrew, Lanchester, and Michael Coke had to be freed after there was insufficient evidence to keep them imprisoned under murder and gang-related charges.

THURSDAY’S RELEASE of three high-profile members of the notorious Coke family and four others on murder and gang-related charges served as a blow to law-enforcement and justice officials who have pitched the crushing of mafias as a key goal to collar crime.

Andrew and Lanchester are Dudus’brothers and Michael is his son.

Shauna, who had tears streaming down her

face, struggled to explain her happiness.