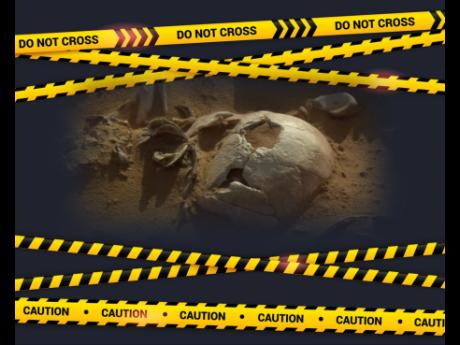 A group of builders were horrified after finding human remains buried under a patio.

Robbie Kearney made the gruesome discovery as he was digging a soak-a-way hole for the drainage under the patio and stopped his work immediately.

The five skeletons are said to be of three adults, one teenager and a younger child, with one also believed to be female.

Police have said that it could take weeks to determine the age of the bones.

Kearney said: "I found a few bones, which I assumed were animal bones and went down a bit further and found some more bones.

"Then I went a bit deeper and found a skull. That's when I realised they were human remains.

"It came as a bit of a shock as I've never found a skull before."