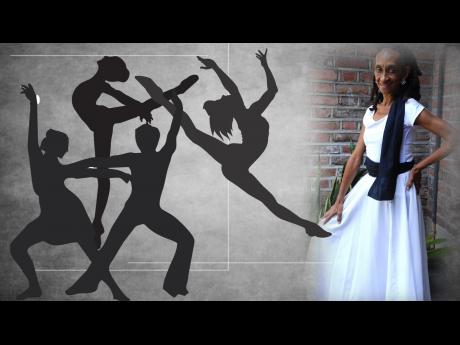 The story of persons who have excelled in one field or the other, usually begins with the honing of their skill at tender ages. Patricia Judith Maryla Ricketts' story is different.

It is not until she was an adult, 18 years old, that Ricketts got her first taste of dancing, under the tutelage of the late, great Eddy Thomas.

That story would wind through the membership of the National Dance Theatre Company (NDTC), the Martha Graham School and the Dance Theatre of Harlem.

According to Patricia, her late start, never mattered because of having very good dance teachers and, of course, God-given talent.

Within two years of dancing with Thomas, Ricketts was made a provisional member of the newly formed NDTC and by 1967, when that company embarked on a tour of Canada, Ricketts was already cemented within the troupe.

She recalled “During the tour, I told Professor Nettleford that I wanted to go over the United States for study and training in dance. He advised me to audition for scholarships which I did and got into the Martha Graham School. While in New York, I auditioned for the Dance Theatre of Harlem and became one of the founding members of that company.” She added “I was really lucky because I did not have the required dance training, but they all said they liked my spirit. So, I got in based on my spirit rather than technique.”  After four years in the Big Apple, which saw her touring Europe, Ricketts decided it was time to come home and in 1973 the NDTC welcomed her with open arms.

For the next six years, Ricketts would continue to impress audiences with some of her most poignant and memorable pieces. For her, the work that is most memorable is the Sitting in Limbo tableau from Nettleford's Tribute to Cliff.

“I have always loved Nettleford's sense of music. He was just able to choose the right music and put movement to it and in this piece, he excelled,” said Ricketts.

Her message to dancers today is to develop a sense of discipline. In an interview, she said, “That is what I tell dancers today; you must have that discipline, it will take you far.” Patricia Ricketts now teaches dance at the Excelsior High School in St Andrew.