The fight for Women’s Rights and Linnette Vassell, inextricably linked 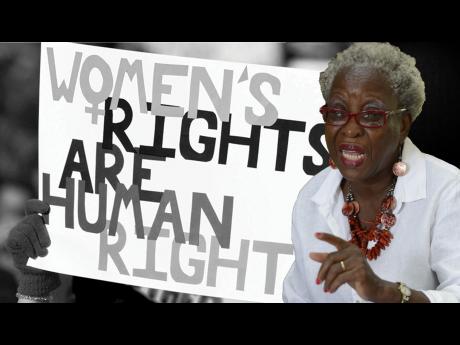 Linnette Vassell has paved the way for many during a fight for women's rights in the region that begun as far back as the early 1970s.

She was the first Coordinator of the Committee of Women for Progress, (CWP) a left-wing activist organisation formed in 1976. The CWP was among the revolutionary organisations that fought for the now-standard practice of maternity leave with pay.

She is Chairperson of the 21-year-old Women's Resource and Outreach Centre, an organization geared towards serving women and their families in the Greenwich/Lyndhurst area. Linnette is also active in the Coalition for Community Participation in Governance which focuses on community action around water, sanitation and hygiene in the context of promoting community co-management in governance. She is also a member of the Caribbean Association for Feminist Research and Action as well as the Gender and Water Alliance, a global network of organisations. She is also on the board of the Small Business Association of Jamaica.

Linette is a graduate of the University of the West Indies, where she majored in history, teaching Caribbean History from the 1980s into the 1990s. She would then publish the thesis, "Voluntary Women's Associations in Jamaica" for her Master's Degree in Philosophy in History.

The special research degree is only granted by selected departments of a university, mostly in the fields of Arts, Archaeology, Philosophy, Social Sciences and Theology. Linnette is the presenter of the course- Gender, Political Activism and Mobilization in the MSc in Gender Studies programme of the Centre for Gender and Development Studies and prepared and presented the module – Women Organizing and the Development of the Women's Movement in the Caribbean in the CGDS' Certificate Programme in Gender and Development Studies.

Since completing that research assignment, Linnette has produced a number of publications, too many to mention in one article, and has served in the Jamaica Public service in the area of social development and as a social development consultant.

She is currently the Community Development and Gender Specialist on the Government of Jamaica/IDB Rural Water and Sanitation Project.