The many lives of Patricia Glynne Manley 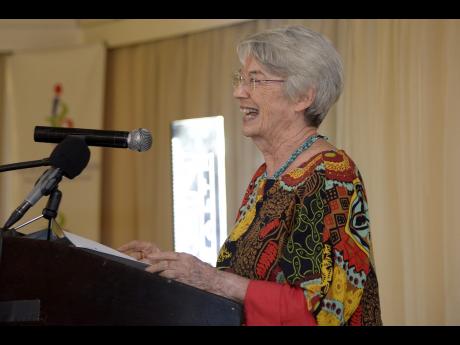 Despite being once married to the most public of figures, Jamaica's fourth Prime Minister, Michael Manley, Patricia Glynne-Manley could be considered, quiet.

That isn't to say she never had a contribution to make to building the island nation from which she hailed.

Glynne-Manley's devotion has always been to the arts and to its development in Jamaica.

For eight years, Glynne-Manley, as executive director of the University of the West Indies' Development and Endowment Fund, had the opportunity to do just that, aid in the development of her beloved Arts.

It was during those eight years that the book 'Modern Jamaican Art' was created. The book, created under the guidance of the late, Dr David Boxer, helped raise quite a bit of money for the endowment fund, and aided in its developmental projects in no small way.

Of course, along with successes, come failures. One of Glynne-Manley's biggest disappointments was the failure to get an art village off the ground. The village was supposed to include The National Gallery, a Concert House, and a space for artisan to display their work.

The failure, as is the case for the failures of all successful people, came with a silver lining.

Glynne-Manley was now interested in painting. She began taking art classes, even though she was already past 60 years old. More than 20 years later, Glynne-Manley is well known for her own brand of abstract art which mixes different kinds of media.

In an earlier life Glynne-Manley was a dancer, and yes, the former wife of the prime minister, has led more than one.

In her first go-round, she danced with the Eddy Thomas Dance Company, both in Jamaica and abroad, as well as performed as part of the famed Tony Wilson Dance Company.

Once her life as a dancer was over, Glynne-Manley, who was also a trained fitness instructor, conducted classes at Shakhti in St Andrew for women over 50 years old.

But there is even more variety to the offerings in this remarkable woman's life (or lives), as she was also a singer, performing one-woman shows in Kingston and Ocho Rios, and became part of the Temple of Light Choir.

When Michael Manley died, Glynne-Manley's life took yet another turn. One of her many hats, was that of preserving her late husband's legacy.

She played a role in the development of the Michael Manley Foundation, and in 2019 published a book, 'The Truth Be Told'.

That book included the transcription of audio interviews Glynne-Manley did with her husband over the course of three years and encapsulated much of the great man's philosophies, recollections and experiences.

Before the publication of 'Truth Be Told', Glynne-Manley researched and provided personal letters, documents, and photographs from Michael Manley's personal collection to the Michael Manley Foundation's archives. Those archives are, today, of incalculable value.

With that many different fields of endeavour, it is difficult to suggest a headline for the Glynne-Manley story, perhaps 'A Man for All Seasons'.