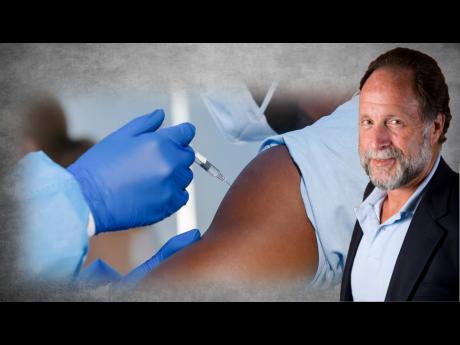 CAMBRIDGE – If it ain't broke, don't fix it, the old adage goes. But the world's current vaccination plan is very much “broke,” and nobody seems to be fixing it, despite the disastrous consequences for lives, livelihoods, and the global economy.

This was supposed to be the year of recovery. But, from an epidemiological standpoint, it is shaping up to be worse than 2020, and current dynamics suggest that 2022 will be no better.

It does not have to be this way. But getting onto a better path will require strong global leadership that, for once, eschews wishful thinking.

Let's look at the facts. Daily confirmed COVID-19 cases and deaths are running at over 800,000 and 12,000, respectively. And they are on track to surpass the peaks reached in January 2021. Not only is India in the grips of a devastating virus surge; other countries that have mostly been spared so far, including in Asia and Africa, are also likely to face serious outbreaks.

The world has multiple effective vaccines available. But it is not moving nearly fast enough to administer them: about 18 million doses are currently being administered daily, down from 18.6 million two weeks ago. Given that most vaccines must be administered in two doses, this means that it will take two years to vaccinate 80% of the world's population.

Those two years are unlikely to be pleasant. Israel's highly successful vaccination drive has brought a dramatic decline in cases and deaths, enabling the economy to reopen almost completely. But other star vaccinators – such as the United States, the United Kingdom, the United Arab Emirates, Chile, Uruguay, Hungary, and Serbia – have yet to see similar effects.

In the UK, cases have declined significantly, but this was mainly due to a strict and costly lockdown. Chile also endured a tough lockdown, but its infection levels have yet to drop significantly. New cases in the US and the UAE remain stubbornly high.

This can be explained by the mathematics of contagion. Cases decline when the reproduction rate (R) – the number of people each infected person infects – falls below one. Assuming (optimistically) that neither the vaccinated nor the recovered spread the coronavirus, the remaining share of the population must be smaller than the reproduction rate of the virus (RO), which, without social distancing, is around four.

In other words, unless at least 75% of the population is immune, R will exceed 1, and cases will continue to increase exponentially. Upholding social-distancing rules will therefore remain essential to limit transmission. But lockdowns are costly, and recent research suggests that they are becoming less effective, owing to “lockdown fatigue.”

Even after 75% of the world is vaccinated, however, we will not be finished. According to Pfizer CEO Albert Bourla, a third “booster” dose of the vaccine is likely to be needed within a year, in order to ensure continued immunity amid new virus variants. Simply put, we should be planning to vaccinate the world annually, and we are on track to take twice as long. That is a recipe for an endemic virus.

And yet, we are hardly in an impossible situation. On the contrary, the economics of the solution are straightforward and surprisingly uncontroversial, at least among economists.

Developing a new vaccine – including proving its safety and effectiveness – carries a large fixed cost. Manufacturing copies of that vaccine implies a much smaller variable cost. As it stands, a company that develops a new vaccine (a “developer”) recoups its fixed costs by selling doses. It also prevents others from manufacturing its vaccine by patenting its invention. The result is high prices and a restricted supply – the last thing we need during a pandemic.

A far better solution would be for developers to receive a large lump-sum payment in exchange for the intellectual property. Any capable firm could then manufacture the vaccine under a free license, increasing supply and lowering prices.

Because vaccinating people benefits others (in economist-speak, it has “positive externalities”), there is a case for subsidizing – even giving away – doses. Somebody – whether the US, the European Union, or a consortium of rich countries – should pay the lump sum to the developers. The cost of manufacturing the doses should not be an obstacle, except for the poorest countries. In fact, the costs to the world are negligible, especially compared to the benefits that rich countries would reap from a successful global vaccination drive.

This solution would not leave developers any worse off. But, by making the vaccination process much faster and more efficient, it would leave the world far better off.

Unfortunately, this is not the approach being pursued by the COVID-19 Vaccine Global Access (COVAX) facility, a commendable but modest international alliance committed to ensure broad access to coronavirus vaccines. In fact, COVAX's goals are too modest and inadequate for what the world needs, especially if new vaccines become necessary as the virus mutates. It does not cover either lump-sum payments to developers or free entry into manufacturing. It deals more with the issue of organizing a fair queue, given limited supplies.

Given that we should prepare for a world in which we will periodically need new vaccines, we need to have strong, profitable pharmaceutical companies able to raise the capital and secure the resources to develop them. This should be secured by holding tournaments or tender offers to buy the intellectual property of such vaccines and maybe even the technical assistance to ensure production under the appropriate quality standards. Companies would compete for these tournaments, which would be organized with maximum information about the genetics of the emerging variants of the virus, something that requires a global surveillance effort.

But the world also needs to ramp up production capacity to support vaccination at twice the current rate. Moreover, given the recent experience with countries hoarding vaccines and prohibiting exports, it is critical to allow free entry into vaccine manufacturing, so that states can secure access to the vaccine by ramping up their own production capacity.

The world needs more COVID-19 vaccines. But first it needs the global political leadership that will take the simple but necessary steps to secure them.

Ricardo Hausmann, a former minister of planning of Venezuela and former chief economist at the Inter-American Development Bank, is a professor at Harvard University's John F. Kennedy School of Government and Director of the Harvard Growth Lab.