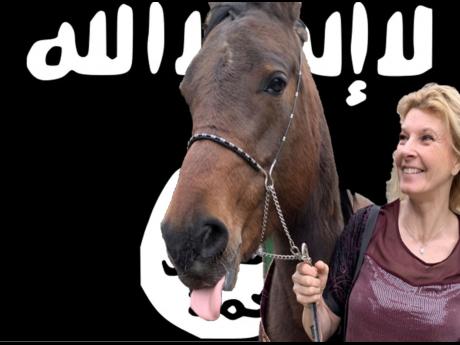 A mother was flagged as a terrorist after sending a bank transfer.

Interpol investigated Susan Govindasamy after a £500 payment for her horse Isis was labelled with the words 'funds for Isis'.

Govindasamy had sent the money to a friend to cover the costs of 'horse bootcamp' for Isis and discovered the mix-up when her pal did not receive the transaction as the authorities suspected it had gone to the terrorist organisation.

She told LADbible: "I'm a bit scatty, there are tons of things I've done and my husband has said 'I can't believe you've done that.'

"We then both got emails from PayPal and Interpol wanting to know the reason why I was sending funds to ISIS.

"My husband had to tell me why it had happened, when the penny dropped I was speechless.

"I'd been flagged as a potential terrorist. I remember thinking 'What does this mean, what will happen now?'"

Govindasamy had to send the horse's passport to PayPal and Interpol to prove there was no terrorism connection and has vowed to be more vigilant with her transactions in the future.