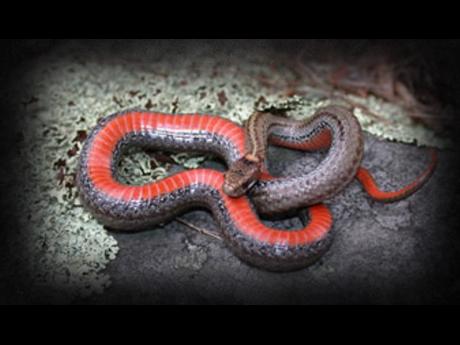 A man got a shock after a 'dead' snake came back to life in his hands.

Snake catcher Stuart McKenzie was called out to a golf course in Australia to find a red belly snake and assumed the reptile was dead when he found it under a bucket with its head 'squashed'.

McKenzie admitted that he considered throwing the snake away until it started moving when he picked it up.

In a Facebook post, he explained: "This is unbelievable! Today we attended a business to catch a small red belly on the move inside the building.

"It wasn't moving very fast so they ended up putting a large container over the top of it.

"When I arrived unfortunately the edge of the container had been placed on the snake's head and it wasn't alive... or so I thought.

"I took the little snake home and was walking around with it in my hands thinking it was dead.

"I put it on my kitchen table to show my wife... when suddenly I noticed the slightest movement.

"To my shock and excitement the little red belly was coming back to life before our eyes."