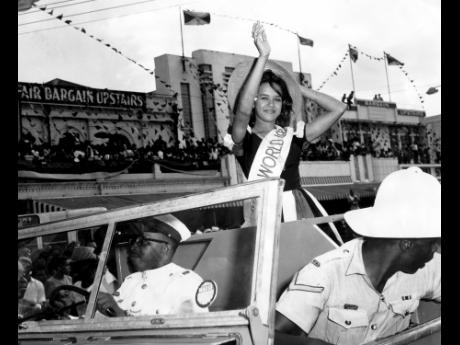 Margaret Wolfe Hungerford once posited the now-iconic quote "beauty is in the eye of the beholder''.  This is true on a general basis but Joan Crawford stunned the world with her beauty in the year 1963, when she was crowned Miss World.

Crawford is a Jamaican model who was the first representative to win this title for not just her native country, but for the Caribbean. She was just 20 years old when she achieved this victory and was actually under the standard height of the competition. Nevertheless, she overcame those limitations, and set herself apart from her competition. Standing at five feet, three inches tall, she is the shortest to have ever won the competition. Born on the 13th of February in 1943, Crawford, was not only the first from Jamaica and the Caribbean, but also the first woman of colour to hold the title.

Crawford would return to Jamaica where the reception was, in a word, stupendous. The victory was greeted with much pomp and pageantry.

"The reception when I returned was simply fantastic. The airport was filled with people welcoming me. The Government had issued millions of commemorative stamps with my picture in my swimsuit on it. There were receptions with Sir Alexander Bustamante and Governor-General Sir Clifford Campbell and his wife. I was presented with the gold key to the city of Kingston," Crawford reminisced.

In 2012 the former beauty queen told The Gleaner entering the competition in 1963 was a new experience for her.

"I had never done anything like that before and it was quite a job at the time to get permission from my father to be in a beauty contest.”

But, according to Crawford, the competition has changed in the years since she won, and for the better.

"The Miss World contest has changed over the years, with an emphasis now on 'beauty with a purpose and many charities and more countries are competing.”

When Crawford made her entry there were only 40 countries participating.

Crawford who is now married with the last name Merkens, resides in Canada and although she is at a considerable distance from her home country, her Jamaican roots are planted firmly within her soul.

"I am proud to be a Jamaican. Even though I no longer live in Jamaica, part of me will always be there."