Farm work programme not all it’s cracked up to be? 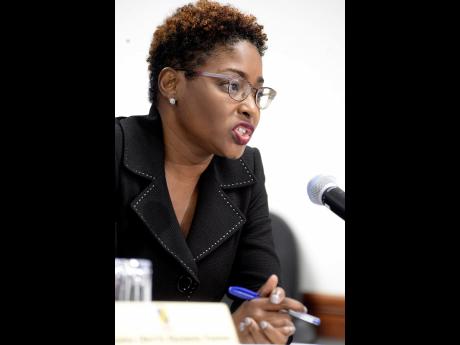 Jamaica's farm work programme has been the Ministry of Labour's most prized undertaking, allowing many Jamaicans to escape the confines of poverty. With the news that the process may be tainted by corruption, the question is left, is there any aspect of Jamaican life not touched by the plague of the country's most serious ill?

AUDITOR GENERAL Pamela Monroe Ellis has been asked to probe the farm work programme after allegations surfaced on Tuesday that there was a parallel illegal scheme operating out of the Ministry of Labour and Social Security which has responsibility for the decades-long seasonal work exercise.

Morland Wilson, Westmoreland Western member of parliament (MP), told his colleague members of the Public Accounts Committee (PAC) on Tuesday that he was shocked to have learnt that persons were collecting names for the farm work programme in his constituency without making contact with him.

“I have persons who are saying there is a programme where you don't have to go through the MP's office,” he divulged.

According to Wilson, who is a first-time MP, he received credible information that there was a parallel farm work programme that ran alongside the official exercise in the ministry.

Permanent secretary in the Ministry of Labour and Social Security, Colette Roberts Risden, told PAC members that it was not the first time she had heard those allegations.

The senior government technocrat revealed that her ministry worked closely with the Counter Terrorism and Organised Crime Investigation Branch (C-TOC). She said a number of cases had been pursued by the law-enforcement agency.

“In most instances, what I do find happens is that persons pay money allegedly to someone employed to the ministry to be placed on the programme and the persons end up getting the run around,” Roberts Risden.

She said, in some instances, there were individuals who reported the matter to the police after they could not be placed on the programme.

Roberts Risden recalled that, a few years ago, there was an early-morning arrest where the Major Organised Crime and Anti-Corruption Agency cracked an illegal farm work ring in St Catherine and Clarendon.

“There was an early-morning raid and arrests and charges were made,” she said.

The permanent secretary also divulged that there was a time when the security guard at the ministry was part of the illicit farm work ring. He was replaced and thereafter the security personnel were rotated regularly.

Juliet Holness, another PAC member, said that persons in her constituency who got farm work cards from some other source approached her requesting letters.

The St Andrew East Rural MP said she refused to accede to their request, noting that she would only facilitate legitimate cards distributed by her.

“It appears there are persons who get the farm work cards outside of the system distributed by the MPs and councillors. This happened within the last six weeks,” said Holness.

According to the two-term MP, she sent six persons from her constituency who got farm work cards back to the person who gave them at the ministry.

Sibblies said there was a claim that the family of a farm work liaison officer in his Clarendon Northern constituency was given certain privileges to travel on the programme.

“Most, if not all, that liaison officer's family travel on the programme,” Sibblies said, adding that he was willing to submit the name of the officer if the auditor requested it.

“It seems to us as members of parliament that it is almost like a hustle being conducted in the Ministry of Labour, with regards to the farm work programme,” he said.