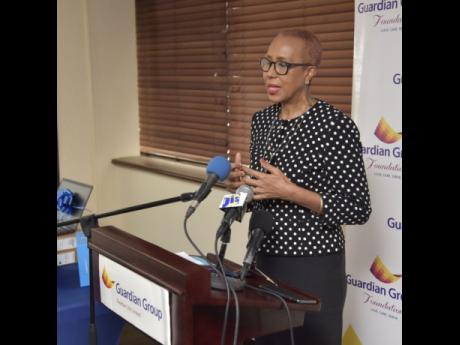 The state of Jamaica's education system is everyone's concern and The Gleaner, quite rightly took a stab at finding a solution to the 120,000 missing children as announced by Education Minister Fayval Williams. The issue, likely the most important of this generation, needs to be properly ventilated and solutions found. Here The Gleaner starts the conversation.

THERE IS nothing particularly revelatory in Minister Fayval Williams' declaration last week that 120,000 students have fallen out of the education system in the year or so since face-to-face classes were disrupted by the COVID-19 pandemic. It was already known that limited, or no access, to digital devices and/or the affordability of Internet services had kept large swathes of students, particularly those from poor families, from logging on to alternative online classes.

What, though, is new, is the starkness with which the minister delivered the information. She brought a new dimension to the gravity of the problem that ought to, if she heard herself, propel her into a new urgency for solutions to the crisis. Which we do not sense to be the case.

“They (students) are not engaged online,” Mrs Williams said. “They are not watching TV; they are not listening to the radio; They are not opening their books; they are not in contact with their schools. Even though teachers try to find them, they can't find them.” In other words, these students appear to have totally opted out of the education system.

Unfortunately, Minister Williams did not provide a breakdown of the demographics of the missing students, including where in the education system they fall. That is information which should be readily available to researchers and data analysts at the education ministry. But the number the minister quoted represents more than a quarter of the students enrolled at all levels of education in Jamaica.

We suspect, though, that the minister's focus was primarily on students at the primary and secondary levels, in which event the figure is 29 per cent of their combined 2018-2019 enrolment. The 120,000 missing students would be equivalent to 59 per cent of the enrolment in primary schools and a slightly lower 58 per cent of those in the secondary system.

This, on the face of it, is a cause for serious concern on several levels. Jamaica's poor education outcomes, even before the pandemic, is well known. Perhaps a third of students who enter high school are ill-prepared for secondary education. At the end of the five years, fewer than 20 per cent do well enough in exams to matriculate to tertiary education. So, when Jasford Gabriel, the president of the Jamaica Teachers' Association says it will take two to three years to reverse most of the learning loss that is the consequence of COVID-19, we interpret that to mean an improvement that takes us back to the low pre2020 base.

But there are other issues which, even before the pandemic, should have caused the education authorities serious concern, unless they have good, rational explanations. While the bulk of Jamaica's early-childhood education is still conducted by privately owned community-based basic schools, between 2014 and 2019, enrolment in the Government's pre-primary system increased by 17 per cent to over 19,000.

However, over the same period, the number enrolled in the primary system declined by 29,000 students, or 12.4 per cent. In secondary schools, according to Ministry of Education data, there was a drop of approximately eight per cent, or more than 17,000 students. This was not a single, precipitous drop. The numbers crept up year after year. It is not clear if the students who are no longer in the Government's primary and secondary systems are now enrolled in alternative (private) systems.

That question needs an urgent answer to assure us that those more than 46,000 students did not, like the 120,000 students COVID-19 caused to leave the system, just fall through the cracks. Indeed, a decline in primary- and secondary-school enrolment ought to have set off alarm bells at the education ministry, given its implications for educational attainment, when higher standards are required for Jamaica to improve its competitiveness in the global economy. A good primary and secondary preparatory base is necessary for this to happen.

Which brings us back to the students from, or about whom, Minister Williams said nothing has been heard for a year. She hopes that situation will improve with the return to in-class teaching – whenever that can happen in significant numbers – and some amount of community classes (when allowed by a remission in the community spread of COVID-19). The minister also expects there will be catch-up extra lessons for the students who have fallen behind, although this programme is vague and sketchy.

However, we would have expected, from the time that this problem became apparent, an aggressive push into communities, a system akin to the track-and-trace method for COVID-19 infections, to find the missing children and to engage their parents and guardians on how best to get their education back on track. In other words, the response to this crisis is mass mobilisation at the community level, which must include a popular conversation with the society on how to maintain and improve education in the midst of a pandemic.

This is not impossible. Jamaica already understands how to navigate public health crises and to deliver related services to communities., It is now to apply the same lessons to education – starting with teaching education aides the same strategies employed by health aides to bring health information to people. In this case, community education aides will be an interface between students and parents, and teachers and schools.

Given the depth of the crisis, so starkly sketched by Minister Williams, the cost and energy required for this level of mobilisation cannot be too high.