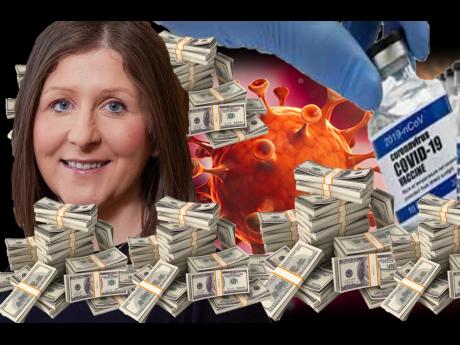 NEW YORK – In March, South Sudan received its first batch of COVID-19 vaccines. While that is good news, it came almost four months after the first doses were administered in the United Kingdom, highlighting the wide disparities in global vaccine distribution. If these gaps are not narrowed soon – with international bodies leading a transparent and equitable global vaccine roll out – the entire pandemic response will be compromised.

South Sudan received its doses thanks to the COVID-19 Vaccine Global Access (COVAX) facility, which has been at the forefront of efforts to ensure equitable access to COVID-19 tests, treatments, and vaccines worldwide. Institutions like the World Health Organization, the World Bank, and UNICEF have supported these efforts.

But rich countries are hampering progress by continuing to hoard supplies. In the United States, more than 2.1 million doses are being administered per day; South Sudan has administered around 1,000 vaccines in total. Overall, residents of high- and middle-income countries have received 83% of the 1.2 billion vaccine doses delivered so far.

In fact, the combination of export bans, hoarding, and supply shortages has meant that COVAX has so far managed to deliver only one in five of the Oxford-AstraZeneca doses that were supposed to arrive in countries by the end of this month. At this rate, advanced economies will be able to vaccinate their entire populations before many low-income countries even begin their vaccine roll out.

To accelerate progress, international development banks have committed considerable funding to help poor countries purchase and distribute vaccines, tests, and treatments. The World Bank alone has promised to contribute $12 billion. But the details of its pledge are getting lost, raising the risk that this much-needed money will be wasted for lack of scrutiny.

For starters, the World Bank has yet to clarify how it will use its market power to ensure that doses remain affordable. But as vaccine producers such as Johnson & Johnson back away from their pledges to make vaccines available on a not-for-profit basis, such intervention is becoming urgent. The three US pharmaceutical firms with approved vaccines – Pfizer, Moderna, and Johnson & Johnson – have already shared with investors plans to raise vaccine prices in the near future. In making $12 billion available for vaccine procurement and deployment, it remains unclear what steps the World Bank is taking to make vaccine manufacturers share the technology and know-how to ramp up global production.

Furthermore, the World Bank is still struggling to explain how it plans to ensure that its expenditure is transparent, or ensure that countries abide by plans to get vaccines to priority populations. As the World Bank well knows, poor program design and flawed vaccine roll outs can lead to exorbitant costs and unfair outcomes. The first World Bank-financed COVID-19 vaccine-procurement operation, launched in Lebanon in January, was nearly suspended within a month of its launch because politicians were cutting in front of higher-priority individuals, such as health workers.

Transparency is vital to limit such behaviours, but the World Bank may be setting itself up for more of the same: it recently approved a project in Ethiopia, where similar queue-jumping is a known risk. It has also approved a project in Tunisia, where vaccine hesitancy and scepticism, and disinformation efforts, are substantial – factors that can further undermine a program's efficiency, if not addressed effectively.

These projects are being designed at rapid speed. Too often, however, World Bank teams – whether at the Bank's headquarters in Washington, DC, or in the countries seeking funds – are developing these vaccine programs without input from all essential stakeholders. If groups at risk of being excluded from the vaccine roll outs are not involved in project design and monitoring, it will become all the more likely that they will be left behind.

Such groups include refugees, prisoners, and people living in slums and other overcrowded conditions. In Greece, for example, more than 70,000 asylum-seekers are being excluded from the national vaccination program.

Persecuted minorities, such as Myanmar's Rohingya population and India's Dalits (the lowest-ranked group in the country's caste system), are also at high risk of being overlooked. And coordination in conflict zones, such as in Syria, may pose a challenge, with governments potentially even ignoring people in these territories.

In-country vaccination programs must include clear protections for the most vulnerable groups, with the World Bank using its leverage to prevent discrimination in the implementation of its projects. Any vaccine funding must be made contingent on its fair and safe distribution. Moreover, there must be supervision and monitoring of these projects, as the Bank's own board recently urged.

For this to work, the World Bank must engage directly with marginalised groups. Their perspectives are essential to determine how best to spend the pledged funds and to ensure accountability by challenging misuse of resources and mis-allocation of vaccine doses.

The global vaccine roll out is a critical test for an institution whose stated mission is to “end extreme poverty and advance shared prosperity.” Fortunately, there is reason to hope that the World Bank will pass. Its president, David Malpass, has called the COVID-19 crisis a “pandemic of inequality,” one of its hallmarks being unequal access to vaccines.

But simply throwing money at the problem will not be enough to solve it. Only a transparent, inclusive, and well-designed strategy that explicitly protects the interests of the most vulnerable and gives them a way to sound the alarm when things go wrong can do that. That would be money well spent.

Rosalind McKenna is a team manager in the financing division of the Open Society Foundation's Public Health Program.