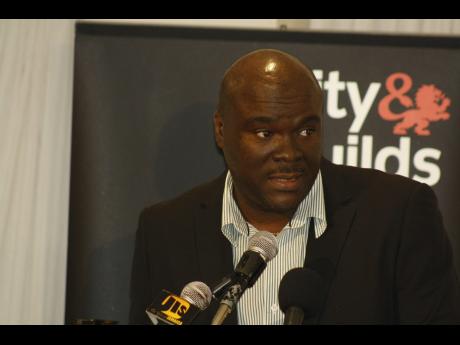 An unusual relationship between government and a private school notwithstanding, it is unfortunate that any school on the island should close. But closing is a real possibility for the Western Hospitality Institute. Interestingly, the school's financial troubles have come at the same time as a probe into its tax affairs, following a Gleaner investigation.

THE CLOSURE of the embattled, privately operated Western Hospitality Institute (WHI), which gets 90 per cent of its revenue from the education ministry, is being considered as questions mount over how it came to enjoy such close financial ties with the Government.

The threat of financial ruin of the St James-based school was laid bare by Cecil Cornwall, WHI’s president and founder, in correspondence to school officials and sponsors last month.

Those considerations have also emerged amid a Sunday Gleaner investigation of the institution’s relationship with the ministry, which has triggered an expanded probe by the Auditor General’s Department.

WHI’s revenue fell by $196 million for the 2019-2020 academic year to $36 million “currently”, one document stated, pointing to several adverse factors, such as low enrolment numbers due to the COVID-19 pandemic and the ministry’s restructuring of the Career Advancement Programme (CAP) and the Centre of Occupational Studies (COS).

The ministry pays tuition to private and public schools on a per-student basis to deliver vocational courses under CAP and COS, but the funding is being revised.

“Approximately 90 per cent of WHI’s revenue stream comes from the Ministry of Education, Youth and Information (MoEYI), therefore, the current financial status of WHI is at an all-time low,” the internal document said.

It is that situation that has prompted Cornwall to consider the fate of his 33-year-old school, which, up to December, reportedly had 1,200 students spread across its three campuses.

“As of May 2021, we will have to make some drastic decisions, which may result in the closure or sale of WHI,” warned Cornwall, adding that, already, at least one of the three campuses has been closed and the institute’s payroll cut by 80 per cent.

Last week, The Sunday Gleaner revealed that Western Hospitality Institute declared only two employees annually in a three-year period in payroll taxes to the Government.

The tax authorities, including HEART, have since initiated a review of WHI’s tax records.

Cornwall has not responded to queries about the correspondences obtained by The Sunday Gleaner but other officials, who do not want to be named, have confirmed receiving the documents.

Ronald Thwaites, who served as education minister from January 2012-March 2016 under the Portia Simpson Miller administration, said he was not aware that WHI was so heavily dependent on the ministry.

“It would be unusual for a private institution to be so, almost exclusively, funded by Government,” he said. “The extent of such funding, were it to have been so, was not something that I was aware of during the time I served.”

Thwaites said this latest development justifies an interrogation of all expenditures of tax dollars to WHI.

Before a restructuring exercise last year, CAP and COS were the education ministry’s multibillion-dollar flagship programmes developed to provide certification in vocational areas, such as hospitality, to thousands of children who left grade 11 without qualifications.

The WHI was the largest financial beneficiary of the two programmes at the same time the institution’s president led CAP’s oversight committee.

Cornwall, the ministry has acknowledged, was the architect of the COS and has admitted influencing appointments and direction.

Cornwall also led the Joint Committee for Tertiary Education (JCTE), which negotiated with CAP on how its members (tertiary institutions) could benefit from ministry programmes and received millions in commission for coordinating implementation of related courses.

MXP shares the same address as WHI in St James and its proprietor, Michael Foster, was a project officer at JCTE and served as recruitment manager at WHI.

An analysis of a CAP disbursement report for 20142020 reveals that at least $2 billion was paid out to schools over the period, with WHI topping the list with $224 million, followed by Institute of International Recognised Qualifications (IIRQ – $206 million).

WHI is defending its earnings, arguing that it is based on the high performance of its students.

In 2014, the institute said, Grace McLean, then chief education officer, and Minister Thwaites tapped Cornwall to lead the transformation of CAP, which saw pass rate moving from 33 per cent to 70 per cent in 2020.

Part of the changes included the implementation of quality assurance systems and the reduction in the number of students allocated to poor-performing schools and increase in numbers for top institutions.

“WHI benefited from such a system as our students examination rate for National Vocational Qualifications of Jamaica (NVQ-J), including resits was 90% … . WHI received the MoEYI award as the top performing school for the largest passes in the NVQ-J examination several years consecutively,” read an edited WHI statement seen by this newspaper.

Most of the other institutions were approved for 75 students, based on a CAP subvention and rationalisation report.

Complaining of a cut in per-student funding and the impact on the Westmoreland campus, Cornwall said: “If the GOJ [Government of Jamaica] does not realise the value of education for its people, especially in a place such as Negril, and in particular Westmoreland, where the crime rate is high, then I alone cannot continue to carry this responsibility of subsidising student tuition.”

The JCTE, which went private and blocked an auditor general’s enquiry, was also the main lobby for other multimillion-dollar technical and vocational programmes such as the Absorptive Capacity/BPO initiative, International Culinary Programme, Summer Skills Training and Upskilling and Retooling.

It was also revealed that CAP and COS’s staff structure have, over time, been revolving doors for WHI employees, including in 2019, when Jahraski Young left his job as WHI principal to take up the directorship at COS.

On the questionable employment practices, the WHI document said as head of the CAP oversight committee, Cornwall “had no direct oversight of MoEYI employment procedures” and that he was “merely giving unpaid service”.

CAP and COS were supervised by the chief education officers, who were McLean (2009-2019) and since February 2019, Dr Kasan Troupe.

McLean is now acting permanent secretary, the chief accounting officer of the ministry who will oversee and approve the audit of programmes she managed.

However, the Holness administration has played down concerns that the situation represents a conflict of interest and McLean should be asked to recuse herself. Her substantive post is chief education officer.

CAP has now been integrated into the secondary education programme at the grade 12 and 13 levels.