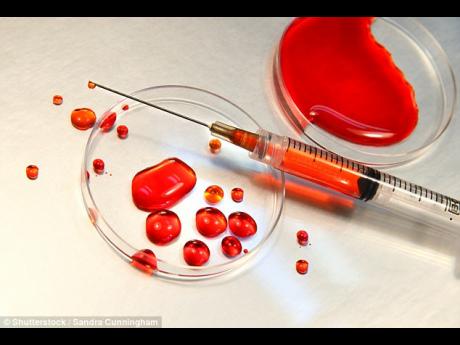 A study has revealed that jabbing a teaspoonful of blood down below can enhance bedroom performance with an upgrade in erectile function.

In the first trial of the blood jab therapy at Aristotle University in Greece, seven in ten men saw a major improvement in erectile function with the benefits lasting for at least six months. Before treatment, the volunteers had been impotent for an average of six years.

During the process, blood samples were spun at high speed to separate the platelet-rich plasma which was then injected back into the participant's private parts.

Experts believe that it fuels the growth of blood vessels that boost supplies to the penis and, like Viagra, it raises levels of nitric oxide which helps the flow of blood.