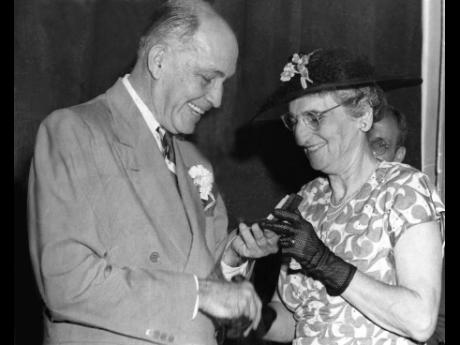 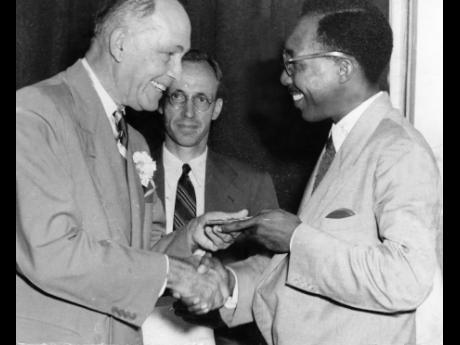 It is easy to overlook those on whose backs we have stood to produce excellence and the Musgrave Medal awards are a wonderful way to ensure that doesn't happen. The work of people like George Goode may not have been remembered otherwise, so it is important that stories like this, highlighting the efforts of our creatives, become all the more important.

Recipients of the medals were Mrs. Ruby Delgado, in recognition of her work, for the furthering of music: Mr. Victor Reid, for his contribution in the field of literature; and Mr. George Goode, for “his deep devotion to the cause of music,” and his service in raising the standard, of choral music in the island.

Mr. Goode received the second gold medal ever presented by the Institute, the first being that given to Mrs. Edna Manley in 1941. Both Mrs. Delgado, and Mr. Reid received silver medals.

These three distinguished Jamaicans have now joined the roll of honour, on which will be found the names of other Jamaicans outstanding in the field of literature, science or arts.