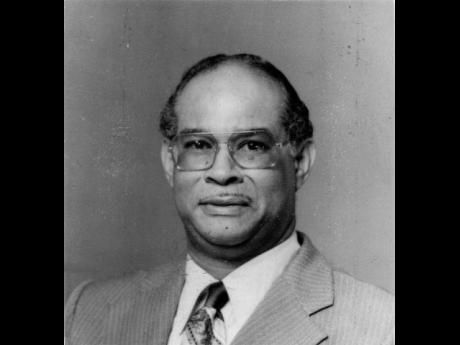 Jamaica has gone through more changes than you would think on its way to achieving a sort of mature democracy. One of the ways of doing that is to ensure free and fair elections. Fairness is the purview of the Political Ombudsman, a position standard in today's politics, but it was not that long ago that the idea was foreign to our little island.

RESIDENT MAGISTRATE Mr. Errington George Green is to be the first Ombudsman of Jamaica.

Prime Minister Michael Manley announced yesterday after consultation with the Leader of the Opposition.

The post, which is to be formally established by legislation, will normally investigate complaints of citizens against administrative abuses. It is being established in Jamaica for the first time.

The announcement from the Office of the Prime Minister said:

"This is in keeping with Government's commitment to the establishment of the Office of the Ombudsman and follows a statement by the Governor-General in his Throne Speech on April 22, that legislation would be enacted during this financial year to create the Office of Ombudsman as another institution to safeguard the rights of the people.

“Preparation of the necessary legislation is being actively pursued by the Ministry of Justice and a draft Bill has already been completed. This draft is being carefully studied to ensure that the law which emerges will adequately protect the interests of the people at all levels of the society. The Bill is expected to be presented to Parliament shortly.

"Mr. Green has achieved an outstanding record of service as a member of the Judiciary. He possesses a wealth of experience, having risen from the level of Assistant Clerk of Courts in 1949, to the position of Resident Magistrate since 1968. He served as the first Judge of the Gun Court from 1974 to 1975 and in 1976 was appointed sole Commissioner to enquire into the fatalities caused by the use of contaminated flour.

"Throughout his career, Mr. Green has shown a sensitivity to human issues and a responsiveness to the need to re-order the social and economic values in our society.

"Before assuming his appointment, it is proposed that Mr. Green should undertake a-study of the operation of the Ombudsman system in some of the countries where it successfully operates."