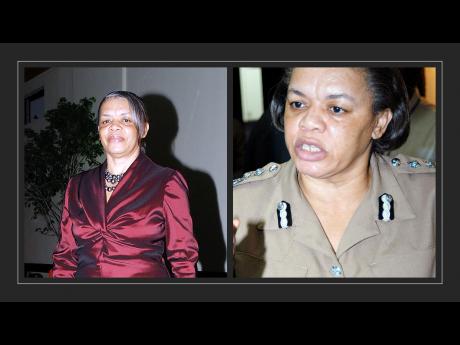 The brilliant mind and determination of Jevene Bent has carried her from a humble childhood in Southfield, St Elizabeth to leading men and women in Jamaica’s police force and prison system.

Teaching was her first focus, before switching to a career in the security forces, one which would lead to her holding the highest rank for a woman in the history of the island’s police force.

Born over five decades ago in the rural Jamaican parish, Bent was determined to go to teacher’s college after leaving secondary school and, not having the resources to do so, invested in pig rearing.

Bent lived with her parents in Rose Hill, St Elizabeth. She has disclosed in interviews that she walked eight miles to and from school and credits what emerged as a strong work ethic to the challenges of her rural upbringing.

She said in one interview with The Gleaner, "My parents and grandparents were not rich, but they were independent, and they were proud people.”

She says he was taught at an early age that "hard work didn't kill anybody.”

As a young girl, Jevene raised her own pigs, goats and chickens. Eventually, this was what funded entrance to Church Teachers' College in Mandeville.

However, as she has admitted in other interviews, Bent considered policing to be the ultimate career.

In 1976, she cut short her teaching career to join the Jamaica Constabulary Force (JCF).

At the time, she was one of the first female recruits. Previously, women who joined the force had been placed into separate female-only units.

Bent's first posting was to Half-way Tree, in St Andrew.

Bent credits previous Police Commissioner Herman Ricketts for leading the move to abolish a system she and other female officers opposed in the 1970s -- a policy of segregation that kept female police officers in separate units, in training and on the job.

She stated in interviews, "Luckily for me, there were quite a few women at my first station, Half-Way Tree, and so there was always a support arm there for me, including several women in senior positions who were doing extremely well."

She said it was one of these senior policewomen who told her as a young constable, just out of training school, “your prospects in the organisation are good because of your background, so I want you to stay close to the Corporate Area where we can see you."

Bent has said in interviews that the competitive challenge involved in progressing in the field was not an issue, as she was always focused on outdoing her last achievement, not on the achievement of others.

Bent did several stints in charge of the training branch and the administrative and support services branch, and also acted as commissioner of police on multiple occasions.

Focused on climbing the ladder of leadership, she was eventually promoted to Deputy Commissioner of Police (DCP), the second-highest rank in the Jamaica Constabulary Force (JCF) in 2003.

In the role, she served as an area commander with responsibility for multiple parishes and up to 900 officers.

She retired from the JCF in May 2013. The following month, Bent was appointed by the Public Service Commission as the new Commissioner of Corrections, with the duties of overseeing the island’s prison system.

As commissioner, Bent pushed for the use of community service orders for low-level offenders, in order to save resources, and also introduced new rehabilitation programmes for juvenile offenders.

The security expert resigned in June 2014, apparently due to a dispute over budgets.

In a public response, the Jamaica Federation of Corrections (the prison employees' union) called on her to rescind her resignation, with the federation's chairman describing her as "the best commissioner the department has had in 12 years."

In October 2009, while still Deputy Commissioner of Police, Jevene Eulalee Bent, headed the 18 persons who were conferred with the Order of Distinction in the Commander Class (CD).