The rise of Rita – a Reggae stalwart in her own right 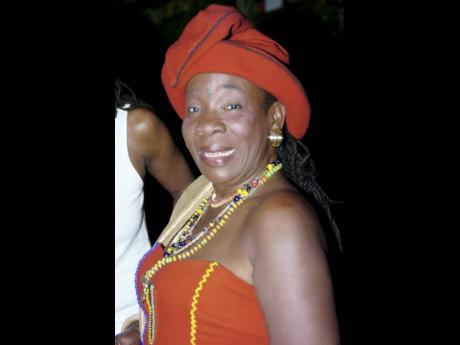 Internationally, the name Marley is synonymous with reggae music.

Rita Marley was also the wife of Bob Marley, the musical artiste, known as the King of Reggae.

Rita Marley was a vocalist, who provided backup for Bob Marley as a member of the I-Threes, followed later by an extraordinary solo career, making it clear she is an outstanding musical artiste in her own right.

Rita Marley was born on July 25, 1946 in Cuba as Alfarita Constantia Anderson.

As recorded on the website of the Rita Marley Foundation, her birth parents were   Cynthia “Beda” Jarett and Leroy Anderson.

The name “Rita” an abbreviated version of her birth name, Alfarita, was the affectionate name everyone used.

During Rita Anderson's early childhood, her parents separated, and she came to Jamaica where she was adopted by her Aunt, Viola, a seamstress. They lived in Trench Town in Kingston.

Early on, Rita wanted to be a nurse and attended the Bethesda School of Practical Nursing. However, her clear talent as a singer and performer led her in another direction.

While still a small girl, she entertained her father with songs while he worked. Later, Rita Anderson competed in the Lanaman's Children's hour, a creation of musical veteran Vere Johns.

Rita won the competition with an outstanding rendition of Mario Lanza's 'The Lord's Prayer', a song her Aunt taught her.

She soon created the musical trio, The Soulettes, which included a talented cousin. Among their recordings were rocksteady tunes such as 'Time for Everything' and 'Turn Turn Turn' (released in 1966).

While still a teenager, Rita met a young Robert Nesta Marley (Bob Marley) who also lived in Trench Town and bonded with him over music and their other mutual interests. They fell in love and on Feb 10, 1966, they were married.

The I-Threes, of which Rita was a part, and which spent a significant portion of their career as backup singers for Bob Marley, are considered the most influential female singing group in the history of Jamaican music.

From 1964, the trio featuring Marcia Griffiths, Rita Marley, and Judy Mowatt, provided the harmonies for Bob Marley's performances and recordings from 1974 until his death 10 years later.

Marcia Griffiths, who was already a star when the I-Threes came together (her recordings with Bob Andy included 'Young, Gifted and Black' ), invited Mowatt, who had previously sung with the Gaylettes, and Rita to harmonise with her on a recording with Andy, leading to the creation of the group.

Soon after the departure of Peter Tosh and Bunny Livingston from the Wailers, Bob Marley asked the three women to sing on his recording, 'Jah Live'.

The I-Threes joined Marley for a tour as opening act for the Jackson Five in 1975. While they continued to perform following Marley's death, the three women soon chose to pursue solo careers.

Rita Marley's musical career features successful albums like: 'Who feels It Knows It', 'Harambe', the 1992 Grammy-nominated album 'We Must Carry On', and 'Spectacle for Tribuffalos'. With the I-Threes there was also the classic reggae album 'Beginning', with the I-Threes.

Her 1982 hit 'One Draw' was a bestseller with over two million copies sold. The song made music history as the first reggae single to top the Billboard Disco Charts and was re-released in April 2014 under Shanachie Records.

Rita Marley has toured the Caribbean, Africa, Japan, Canada, the Americas, the South Pacific, Australia, the United Kingdom and Europe.

The Rita Marley Foundation website notes that her appearance with the I-Threes, the Wailers and her children, The Melody Makers, for a performance with the Fugees at the 1997 Grammy Awards marked the first time any reggae artiste performed for a Grammy audience.

Rita Marley's autobiography, 'No Woman No Cry', published by Hyperion, was launched in Europe and Africa and is available worldwide. It is printed in both English and Spanish.

As the Matriarch of the Marley Family, Rita Marley has been instrumental in the initiation and completion and archiving of individual and family projects internationally, regionally and locally.

With her purchase of the former Federal Records at Marcus Garvey Drive and subsequent relocation of Tuff Gong International to this new address – that organisation is considered a leading record manufacturing and distribution company in Jamaica.

“The aged be protected, the infants nourished and cared for.” These are indeed the words that inspire the vision that drives and propels Mrs Rita Marley – and which have sustained her status as a spirited force and an ambassador of love and of reggae music.

In her later years, Rita Marley relocated to Ghana, Africa to live. She resides in Aburi on the outskirts of Accra, Ghana.

The musician and cultural specialist has adopted 35 children in Ethiopia. She, however, retains her roots in Jamaica and has donated arable land to the Rastafari Nyabinghi group in St Toolies, Clarendon encouraging their ideology of being completely self-sufficient.

The Rita Marley Foundation noes that Mrs Rita Marley also gives continuous support of food, clothing and medical supplies to people of poor communities, including a Home for the Aged in St Mary.

In the year 2000 Mrs Rita Marley was enstooled as Nana Afua Adobea (Queen of Development) in Konkonuru, Ghana. Nana Rita has built the Alpha & Omega Home for the Aged and a clinic to serve residents of Konkonuru.

Rita Marley, meanwhile, has been instrumental in keeping the Legacy of her husband Bob Marley alive with one activity being the Bob Marley Birthday Celebration each year on February 6.

In 1996, the Jamaican government awarded her the Order of Distinction (OD) for her outstanding works.

In 2004, she was awarded Personality of the Year in Ghana in recognition of her work through the Rita Marley Foundation.

Additionally, in November 2011, Rita Marley O.D was awarded the Marcus Garvey Lifetime Achievement Award at the Caribbean American Heritage Awards in recognition of her outstanding contributions.

She was also given the Living Legends Awards at the 2012 African International Media Summit (AIMS) in Malawi.

Her awards are numerous. The International Women's Forum honoured Mrs Rita Marley O.D in May 2012 with the Leading Light Award for her work in music and charity.

In August 2013 she also received honorary Ghanaian citizenship from the government of Ghana, West Africa for her philanthropic work.

Rita Marley has twelve children, over sixty grandchildren and one great-grandchild.