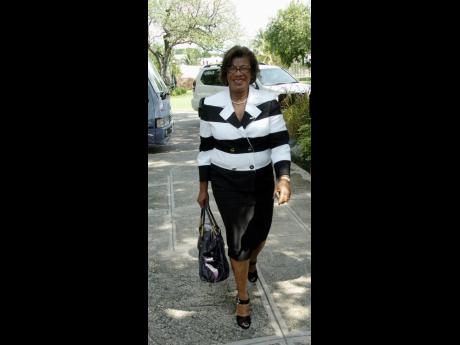 Scarlette Gillings, known for her work in developing the Jamaica Social Investment Fund (JSIF) in Jamaica, is a social engineer who spent decades running programmes aimed at reducing poverty in Jamaica.

Through decades of service, she devoted her professional career to the development of policies, and the effective implementation of programmes and projects that target the needs of vulnerable and underserved populations, including women, children, youth and the elderly.

In particular, Gillings has been recognised for her fundraising and administrative acumen.

Today, even though she has moved on, JSIF still continues its work with landmark programmes such as the Rural Economic Development Initiative (REDI) project for which The World Bank has signed three loan tranches in recognition of its success.

The aim of REDI II is to enhance access to markets and to climate-resilient approaches for rural beneficiaries. Benefits include business coaching; enhanced agriculture and tourism linkages; improved rural agriculture production; the direct Integration of youth in agriculture; and improvements such as inputs, soil, seedlings and pest management.

Rural agriculture has not been the only focus of Scarlette Gillings.

Several other programmes, also pursued with agreement among the Government of Jamaica and the World Bank, the European Union, the Caribbean Development Bank and Japan, have led to improved outcomes in social infrastructure development.

Gillings first pursued an undergraduate degree in Social Work from the University of the West Indies, Mona.

Later, she added to her training with a Master of Arts degree in Development Studies with specialisation in rural development and gender from the Institute of Social Studies in The Hague, Netherlands. She is also a past Fellow of the Salzburg Global Seminar, an organisation that trains leaders globally.

Before taking office at the JSIF, Gillings worked as a rural and agricultural development specialist with particular expertise in gender affairs, for several United Nations agencies, including the Food and Agricultural Organisation, the United Nations Development Programme (UNDP), and the International Labour Organisation, and was mainly based in Tanzania, East Africa.

She came back to Jamaica in 1985 and became involved in national social development programmes, as well as donor-assisted technical assistance projects aimed at community development.

Gillings is a past National Director of the Bureau of Women’s Affairs (BWA) where she was instrumental in the development of the first national plan on women.

It was due to her extensive international experience in social engineering that she was chosen to lead the project at JSIF.

JSIF was established in 1996 as a component of the Government of Jamaica’s (GoJ's) national poverty alleviation strategy. The Fund was designed primarily to channel resources to small-scale community-based projects.

Gillings assisted in the design of the Fund, whose operations were initially funded by a loan negotiated between the GoJ and the World Bank.

The proof of the pudding is in the eating. The sustained willingness of the aid agencies to provide loans and grants for the company’s work was based on their assessment of positive outcomes.

This contributed to JSIF’s longevity. Although the organisation was initially established as a temporary organisation with an initial lifespan of four years, it has been in operation for over 18 years and secured agreements through to 2020.

JSIF made use of highly accurate indicators – based on research - to assist in identifying levels of community poverty.

Under Gillings’ guidance, the organisation also made use of the community-based approach for determining priority needs and engendering participation.

Over time, JSIF has helped to attain the outcomes of the National Development Vision particularly as it relates to achieving: a healthy and stable population; world-class education and training; effective social protection; safety and security; strong economic infrastructure and internationally competitive industries.

At the international level, the Fund has helped to position Jamaica to contribute to the Millennium Development Goals of ending extreme poverty and hunger; attaining universal education up to the primary level; improving child and maternal health; and ensuring environmental sustainability.

As well as her major accomplishments in directing the nationwide Poverty Alleviation Project, which was financed by the Government of Jamaica, the World Bank, the Inter-American Development Bank, the European Union, the Caribbean Development Bank and the Organization of Petroleum Exporting Countries; over the 18 years in which she ran the agency, Gillings oversaw the successful completion of over 1,600 social and economic infrastructure and organizational-strengthening projects.

The social engineer’s bipartisan approach in pursuing projects ensured support by leaders on both sides of the political divide.

Gillings’ role as a leader in social development has attracted multiple awards, including the inaugural Management Institute for National Development (MIND) Public Life for Leadership Excellence Award, granted in 2013.

Recognising Gillings’ landmark contributions made in the field of social development, the Government of Jamaica in 2005 conferred on her the national award of the Order of Distinction at the rank of Commander.

In almost every community in Jamaica, there exists schools, community centres, and health clinics built by JSIF. There is also, left in place in these organisations, management committees for their sustainable management.