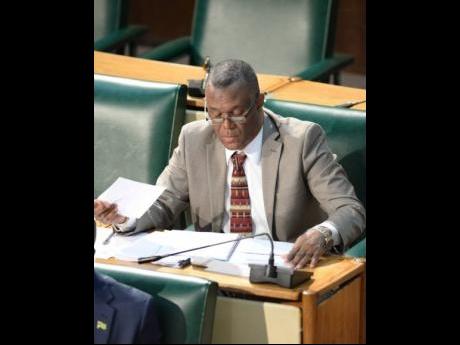 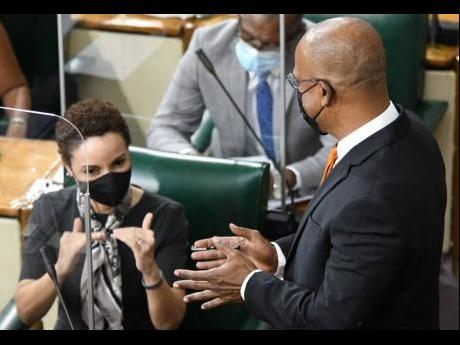 When Prime Minister Andrew Holness called on Dancehall artistes to do better, pointing the finger at them as one of the problems exacerbating Jamaica’s crime problem, he drew the ire of many of the industry’s leaders. Now the parliament is at it again, with Government Senator Charles Sinclair suggesting that dancehall artistes may play an even greater role in the facilitation of criminal activities with the society. How will the dancehall community react?

Sinclair takes aim at artistes, accusing them of being faces of gangs; questions use of ‘props’ in videos

GOVERNMENT SENATOR Charles Sinclair on Friday accused members of the entertainment industry of being the faces of gangs during deliberations on the Criminal Justice (Suppression of Criminal Organizations) Act, commonly referred to as the anti-gang legislation at the weekly sitting of the Senate.

The senator was unapologetic in making his accusation, declaring that no one could question the veracity of his statement, even though he did not follow it up with any evidence.

Earlier, he had questioned the role of the Ministry of National Security in facilitating the importation of props used as firearms in music videos depicting acts of depravity. Citing the case of a video in which the house was invaded by gunmen who took the male head of the household outside and executed him, Sinclair questioned the route through which the props got into the country.

“I’ve seen videos produced by local artistes, connected to local artistes to support their lyrical content of their music and those videos have portrayed gunmen with guns, committing some of the most violent acts that are replicated in our communities. We are told that the guns reflected in those videos are props. My question is, were they imported with licences from the Ministry of National Security? Because you would have to get a licence to import a prop which represents a firearm,” he concluded.

The former mayor of Montego Bay went on to question the rationale for this facilitation in light of Jamaica’s serious crime problem.

“Why would our Ministry of National Security – why, in our context – facilitate such importation? Was the ministry not aware of the purpose for the importation which was to make videos depicting extreme violence? And if they are not permitted, where is the clamour for the appropriate action? These questions require answers in the context of what is and has been happening in Jamaica for decades.”

The government senator next took aim at detractors of Prime Minister Andrew Holness, who recently told a sitting of the House of Representatives that some aspects of Jamaica’s entertainment culture were contributing to the ongoing high levels of violence. He said that it was reasonable for people to disagree with the prime minister in the context of Jamaica’s democratic process, but the criticism from Opposition Senator Damion Crawford was particularly galling.

“Where I got the greatest surprise was to see our colleague senator, Damion Crawford,

Joined the fray of those levelling criticism at the prime minister,” he declared.

The lawmaker reminded the Senate that in 2013 when the principal bill was being debated in the Lower House, the People’s National Party (PNP), which formed the Government of the day, sought to introduce a Clause 15, which, among other things, aimed to criminalise the performance and recording of songs which promoted or facilitated criminal organisations or their activities. Displaying a copy of the report, Sinclair said that Crawford was the third signatory to this document.

“In support of the clause, the Government of the day of which Senator Crawford then was junior minister for tourism and entertainment had the National Intelligence Bureau prepare a list of 103 songs, released between 1991 to 2012, which contained lyrics which glorified violence – guns, gangs and which contributed to the propagation of the anti-informer culture.”

Senator Crawford was absent from the Senate on Friday, but Leader of Opposition Business Peter Bunting rose on a point of order to say that his administration was not responsible for compiling the list.

“The Government did not have such a list prepared. It was the JCF (Jamaica Constabulary Force), in making their presentation to the joint select committee, that produced that evidence. We didn’t ask them to produce it.”

After accepting the correction, Sinclair went on to point out that it was only the strong advocacy of the civil society groups, backed by then opposition spokesperson on culture, now Minister Olivia Grange, and current Senate President Tom Tavares-Finson, which kept the controversial clause out of the bill.