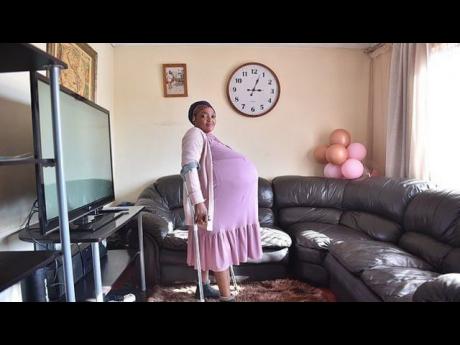 The partner of a woman who claims to have given birth to a record-breaking 10 babies does not believe they exist.

Gosiame Sithole says she gave birth to decuplets in South Africa last week but her partner Tebogo Tsotetsi has explained that he has been unable to confirm if her claim is true.

A statement issued on Tsotetsi's behalf on Tuesday said: "Tebogo confirmed that he has not seen the decuplets and relied on his girlfriend who called to inform him of their birth. He made several attempts to visit his girlfriend and the babies but she has failed to disclose her whereabouts and the condition of their babies.

"The current uncertainties and public discourse about the decuplets is of major concern to the family, especially in the absence of any proof of the decuplets existence other than telephonic and WhatsApp messages from the mother."

It continued: "The family has resolved and concluded that there are no decuplets born between Tebogo Tsotetsi and Gosiame Sithole, until proven otherwise and wishes to apologise for any inconvenience and embarrassment."