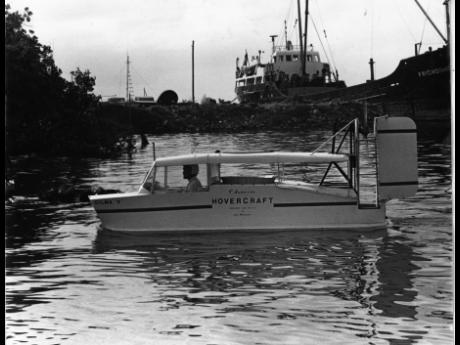 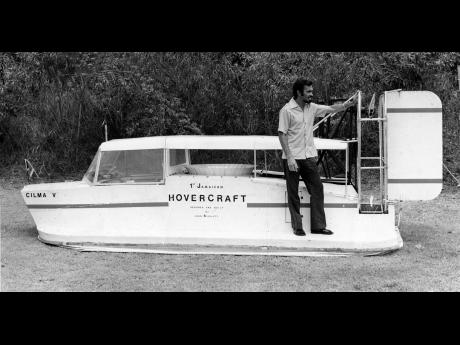 There was a time when technological advancement held high priority on the island of Jamaica. A time when the country did not just look to survive troubling economic waters but sought to invest in innovation and that idea of creating a future the country could, not just be proud of, but can boldy say, competes with everybody in the World.

History was made in Jamaica at 9.30 am on June 12, 1976, when Cilma V first hovercraft to be made in Jamaica by a Jamaican, glided smoothly into the water at Harbour Head with its builder John Scarlett at the controls.

Despite warnings by chairman of the proceedings Russ Harrison, Insurance Executive, that there would be a tremendous amount of dust and grit on entry of the craft into the water, there was only a beautiful spray as the propeller rotated with, swift and almost noiseless delight, and the hovercraft on its cushion of air moved off on its demonstration run. The crowd of over 100 friends, well-wishers and spectators headed by Minister of Public Utilities Eric Bell was thrilled at the two-minute demonstration of Cilma V’s sea-worthiness and smooth handling. The dozen or so Jamaican early morning bathers interrupted their swimming to watch this latest example of Jamaican initiative and skill.

The applause which greeted the craft’s return to the shore as it “hovered” onto land was enthusiastic and proud. All agreed with Minister Bell that Scarlett’s achievement was significant and was a challenge to all Jamaicans of skill.

Earlier at 9 o’clock sharp the official launching ceremony had begun. Sponsored by Desnoes and Geddes, Kentucky Fried Chicken, T. Geddes Grant and others, the impressive and informal ceremony began with recitation by Russ Harrison of the technical background to the building of the hovercraft. Readers of the Sunday Gleaner will recall Cilma Scarlett’s vivid description in the Sunday Tabloid of last week. Much of this was retold by Mr Harrison - a story of inspired and determined inventiveness and dogged persistence and ingenuity. The Rev. Ian McPherson prayed God’s blessings on the endeavour. “With thy right hand” he prayed to God, “bless this craft and all those within it, even as thou blest Noah’s Ark”. As the crowd said AMEN, the solemn moment was changed to gaiety, as Mrs Cilma Scarlett christened the craft by pouring a bottle of “Jamaica champagne” Red Stripe beer, gaily beribboned for the occasion.

And as the hovercraft took off for its demonstration, with first the cushion-like bottom filling up with air (appearing like a Citroen DS before departure) and then the propeller at the back rotating and giving the appearance of a beautifully coiffeured lady with hair severely combed back in a delightful bun, there was excitement in the crowd.

As John Scarlett finished the demonstration, the Deputy Mayor of Kingston, Councillor George Mason hailed the achievement as a milestone in the history of Jamaica’s civil aviation. It was, he said, a great day for Jamaica, for despite all our “troubles”, Jamaicans like John Scarlett were putting his talent on show.

The Hon. Eric Bell said Scarlett’s achievement had come at the right time, and he thought the achievement a symbol of Jamaica’s entry into the field of sea transport.