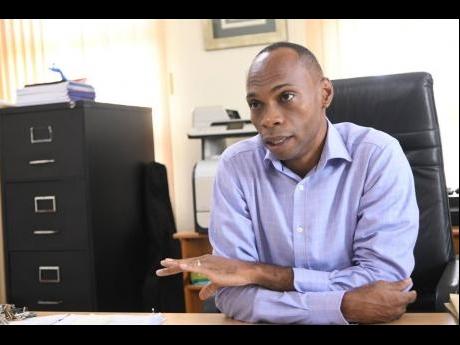 Wolmer's principal Dwight Pennycooke: We will always insist on sound discipline and leadership. 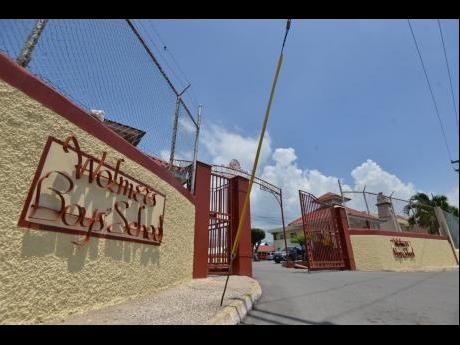 File
The entrance to Wolmer's Boys' School in Kingston.
1
2

An appropriate dress code for work, school, home, parties, you name it, have always been in question in Jamaica. This is largely because those cultural norms, though longstanding, may not be our own. Last week, the oldest school in the Caribbean came down hard on students who failed to come to exams, ‘groomed right’. The decision, frowned upon by the Ministry of Education, has led to a conversation that has gathered steam, with good arguments coming from both sides. Where do you stand?

THE MINISTRY of Education has launched an investigation into Monday’s shutout of students at Wolmer’s Boys’ School for grooming breaches, delivering a stern rebuke to administrators that pupils should not be barred from sitting exams because of hairstyle infringements.

“The ministry is asking all schools to ensure that the interest of students is foremost in their actions at all times,” the ministry said on Monday.

The caution is bound to send principals, parents, and the Government on a collision course on a years-long contentious issue that has deep emotional resonance at the cultural crossroads of rights, rules, and race.

Wolmer’s principal Dwight Pennycooke said that an alternative assessment was arranged for the boys who turned up to their end-of-year examination in breach of the school’s code of conduct on hair grooming protocols.

“The reminders have been many, but a few were adamant that they would not be grooming their hair in line with the expected standard and chose to exempt themselves from the alternative arrangements that were in place,’’ Pennycooke said in an email response to queries from The Gleaner.

Others made the adjustment as outlined and were facilitated, he said.

Pennycooke said that none of the students sought exemptions on the grounds of religion.

“We have and will always insist on sound discipline and leadership as the Wolmerian way. Our young men are well aware of this,” the principal said.

Pennycooke did not state how many students were barred on Monday, but sources have claimed that more than a dozen youths were affected.

But the Ministry of Education has objected to Pennycooke’s reasoning, taking a view that will draw both praise and condemnation on a historically divisive issue.

“Hairstyle is not a hindrance to learning and neither should it be used to exclude students from school,” the ministry said.

The findings of the Wolmer’s investigation will be made public.

The ministry had issued grooming guidelines in 2018 that largely hewed close to Jamaica’s conservative conventions, evidence which schools like Wolmer’s will draw on to defend their stance. Administrators have generally argued that schools – and their rules-based protocols – are incubators that prepare youth for accountability in adulthood.

Principals will also take refuge in a constitutional ruling in July 2020 that Kensington Primary in St Catherine did not breach a child’s right to education if its rules prescribed specific grooming protocols.

But Latoya Briscoe, a writer and researcher of Jamaican and Caribbean studies, has expressed concern about the policing of hairstyles in schools, as Afrodescendant children are disproportionately affected.

“There is this disparity between what is acceptable and what is unacceptable. These policies should celebrate and embrace difference and have space for everybody to feel comfortable and not for anyone to feel ostracised and alienated,” she told The Gleaner on Monday.

Briscoe, who ended her teaching stint at Wolmer’s Boys’ School in 2019, has criticised Jamaica’s hard-line hairstyle policy in primary and high schools as archaic and colonial.

She believes that the micromanagement of grooming, including edicts on the use of dye, bordered on overkill and distracted from the core deliverables of teaching and learning.

“We haven’t really figured out what we are. I don’t feel as if we have confronted self as yet,” Briscoe said.