One more hero of ’98 campaign joins the fold 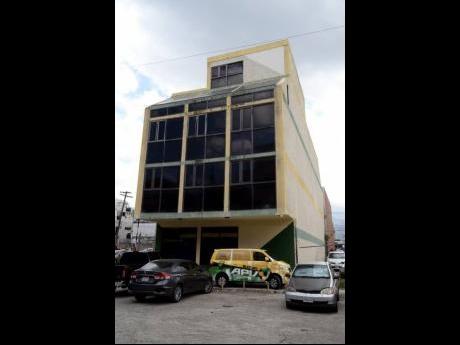 The news that Paul Hall, a bonafide hero of Jamaica’s 1998 World Cup Campaign, will be joining the Reggae Boyz as assistant to another member of that team has been met with a fair amount of optimism. Maybe we believe in symbols, but is Hall’s acquisition, a sign that this time, our journey on the road to a return to football’s showpiece won’t be cut short?

NEWLY APPOINTED national senior men’s football team assistant coach Paul Hall says that he is honoured to be given the role.

Hall, an integral member of Jamaica’s team that qualified for the FIFA World Cup in France in 1998, was announced in the role by the Jamaica Football Federation (JFF) yesterday and his first game will be when the Reggae Boyz face Suriname in the Concacaf Gold Cup in Orlando, Florida, on Monday, July 12.

“I am truly excited to have been asked to take up the assistant coach position for the Jamaica national team and work alongside my former team- mate and head coach Theodore Whitmore,”

Hall said in a JFF press statement yesterday. “I have always been proud to be part of t he

Reggae Boyz and now to be a part of the coaching staff is a true privilege. I am confident with this strong and exciting squad, we can achieve great things together.”

Hall scored 15 goals in his 41 appearances for Jamaica.

The Gleaner understands that coach Jerome Waite, who served in the role before Hall’s appointment, will continue working as a member of Whitmore’s technical team. However, the capacity in which he will do so has not been made clear.

When contacted for clarification, a number of JFF officials, including President Michael Ricketts, General Secretary Dalton Wint, Team Manager Roy Simpson and Waite, were all unavailable for comment.