Athletes say there are no ‘anti-sex’ beds at Olympics 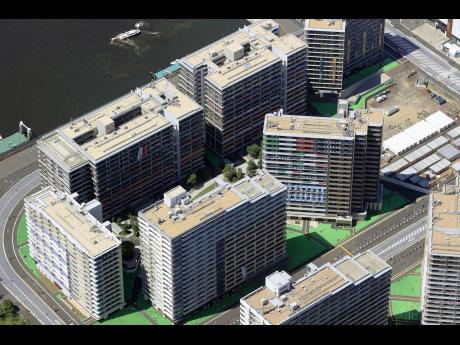 Athletes competing at the Tokyo Olympics have been debunking suggestions that cardboard beds at the Olympic Village are designed to prevent competitors from having sex.

It has been claimed that the beds collapse under strain in a bid to prevent Olympians from getting frisky amid the coronavirus crisis but Irish gymnast Rhys McClenaghan shared a clip of himself bouncing on the bed to disprove the rumours.

He said: "In today's episode of fake news at the Olympic Games, the beds that are meant to be anti-sex.

"They are made out of cardboard, yes, apparently they are meant to break under any sudden movements."

He proclaimed as he bounced up and down: "It's fake news!"

Condoms have been given to Olympians since the 1988 Games in Seoul in a bid to encourage safer sex but Tokyo 2020 organisers aren't doing so due to the pandemic.