Corporal punishment or no? 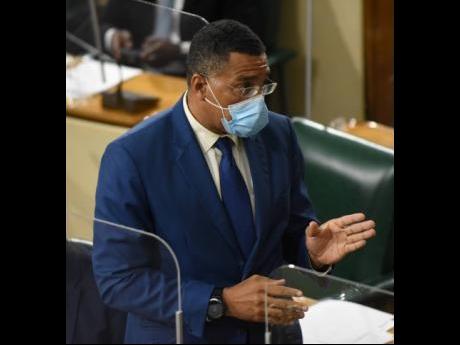 “Spare the rod spoil the child,” or variations of it has been a sort of guiding principle of parenting in Jamaica. But maybe not for much longer, as the Prime Minister is backing the banning of corporal punishment after the death of a four-year-old at the hands of his stepfather.

PRIME MINISTER Andrew Holness has given the clearest signal that his administration was not afraid to go against the grain of culture and pass legislation to outlaw corporal punishment, which has been a decades-old mode of punishing children in Jamaica.

At the same time, Opposition Leader Mark Golding said that banning corporal punishment would be a symbolic step to tackling the problem, noting that this was a trend worldwide.

However, Golding noted that Jamaica was a “deeply Christian country” that embraced the biblical admonition that parents should not ‘spare the rod and spoil the child’. This, Golding reasoned, was still considered to be “sound precept in many homes”.

“Many of us have grown up where some minor forms of punishment of a physical nature may have been imparted without any obvious lasting damage – I don’t know whether banning it in the form of criminalising it so that parents face criminal sanctions if they slap their child if that would be well accepted across the nation – I don’t know,” Golding said.

In a statement to the House of Representatives, the prime minister bemoaned the beating of four-year-old Nashaun Brown, allegedly by his stepfather Shaun Bennett, who has since been charged with cruelty to a child, assault occasioning bodily harm, and unlawful wounding in relation to the child’s mother.

The four-year-old complained of not feeling well and was eating slowly when Bennett became angry and beat him with a stick. Nashaun became unresponsive shortly after and was taken to hospital where he was pronounced dead.

Holness told lawmakers in Gordon House on Tuesday that a postmortem report on the child would determine whether other charges would be brought against Bennett.

Violence against children should not be tolerated, the prime minister insisted.

“In the same way we have addressed and condemned other forms of violence in this House, we must unequivocally, loudly, and resolutely condemn violence against children.”

He said that physical abuse remains one of the main and overt forms of child maltreatment reported to the Child Protection and Family Services Agency (CPFSA) and the National Children’s Registry.

Holness said that each year, approximately 25 per cent to 30 per cent of reports received were for children who suffered some form of physical violence.

For the first half of this year, the National Children’s Registry received 1,465 reports of physical abuse, representing 26 per cent of the 5,561 reports of child maltreatment received over the period.

The prime minister called for an open and honest conversation about the effects of corporal punishment on children.

Holness said that in its research into causes of violence and mechanisms to prevent it, the National Council on Violence Prevention has already highlighted corporal punishment as one of the critical preventative factors that the nation must address.

The council is slated to submit an evidence-based report with recommendations on corporal punishment in a few weeks to the prime minister.

Commenting further, Golding said that changing behaviour required more than just passing laws. “That’s why so many of our laws are not enforced and are on the books sterile, bereft of any real impact,” he said.

Golding said he was “keeping an open mind” on the corporal punishment debate whenever it takes place.