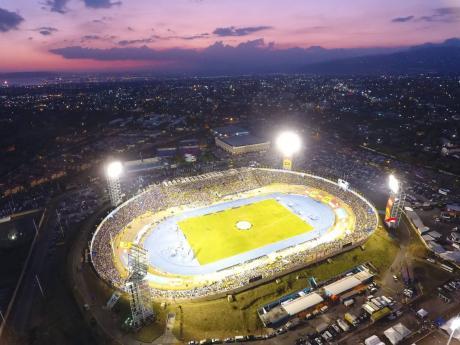 Aerial view of the National Stadium in Kingston. 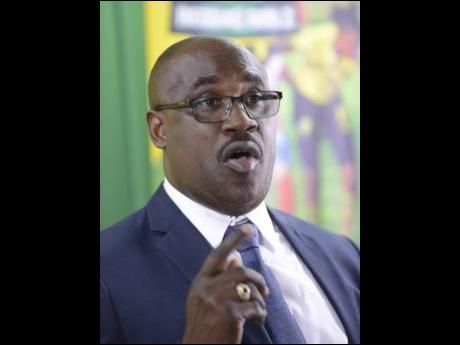 With just weeks to go before the Reggae Boyz jump into their latest challenge, qualification for the World Cup, but there is still uncertainty. Not the usual uncertainties, which squad to pick, what formation to use and the like. It is where they will play their home games.

Decision on approval for home qualifiers could come soon – Wint

JAMAICA FOOTBALL Federation General Secretary Dalton Wint says that a final decision regarding approval to host home World Cup qualifying matches could be reached by the end of this month.

The Reggae Boyz are expected to start the home slate of their World Cup qualifying schedule on September 5 against Panama and the federation is still awaiting clearance from the relevant authorities to play their allotted seven home games at the National Stadium.

Additionally, a request being tabled is the allowance of a limited number of fans back in the stands for the games. With six weeks to go before their opening home game, Wint says that they are still in ongoing discussions with both the ministries of Health and Sport with feedback expected to be received by the end of July.

“That is being looked at. By month-end, we will be able to have a definite response from the ministry. The dialogue has started and we are far advanced (in the discussions),” Wint told The Gleaner.

Wint said that based on the early exchanges, the discussions have been positive, with a sense of optimism from the federation as well as Sports Minister Olivia Grange of not only securing the approval but with the added benefit of bringing back fans to support the team.

“The sports minister is very supportive and very optimistic that we will have the games (here) and we are optimistic also if things remain as it is now that we will have fans in the stadium,” Wint said. “Not a full stadium but some amount of spectators supporting the team.”

Travel restrictions and quarantine requirements caused by the COVID-19 pandemic resulted in some countries not being able to host their first-round qualifying matches, something that Wint said that Grange is intent on ensuring that Jamaica avoids whether with or without fans in attendance.

“I know that the minister is pulling all the stops for us to have this approval. She doesn’t want us to play any of our home games away from Jamaica. We are very determined and we have started the process and that is far advanced,” Wint said.

PREPARATION OF THE STADIUM

Independence Park Limited General Manager Major Desmon Brown says that whatever requirements are necessary to prepare the stadium for the games will be done in line with the approval once granted. However, he says that their preparation will include incorporating any requirements from Concacaf as well as closing the main stadium field six weeks before the first home game to properly prepare the pitch.

“Our responsibility is the playing surface and the changing rooms. Those are the two main areas and whatever media requirements they need. We will be having a meeting with Concacaf shortly and they will tell us what the requirements are. Once we get those requirements, we will work to make sure that they are in place,” Brown says“We don’t expect any massive changes from what we have been used to. So we believe that we can meet all these requirements.”

“I’m not sure if by that time we will have spectators or not but we have to wait until the event organisers get its approval and then we will work with them to make sure that everything is put in place to keep those approvals.”