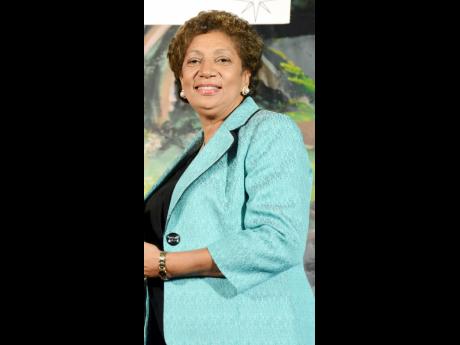 The Airports Authority of Jamaica (AAJ) saga, where there have been, maybe more than questionable investments in a start-up, speaks to a longstanding problem in Jamaica. The problem of governance has been a sore point and the Prime Minister of Jamaica, says such issues are of concern.

And that’s just his preliminary assessment of the issue brought to light by a Sunday Gleaner investigation.

“I don’t like to speak when I’m not fully briefed. I have some information … However, let me say the Government is always very concerned when matters of governance of public bodies are raised,” he said at Monday evening’s press conference on interim COVID-19 restrictions which he said limited his participation in a Cabinet briefing on the matter.

Holness said regulations before Parliament to improve accountability of the boards of public bodies are expected to be fast-tracked to “ensure that we don’t have some of these issues that have arisen”.

Pressure has been mounting on the Government to sack the AAJ’s board, which is chaired by Fay Hutchinson, a powerful figure in the ruling Jamaica Labour Party, whose overlapping roles are under scrutiny.

Hutchinson has admitted to not declaring to the AAJ, on whose board she has sat since 2016, her interests in First Rock, including the fact that in March 2020, she became a director of the company in which she is also a shareholder.

She bought shares in February 2019, the same time the AAJ and its subsidiary NMIA Airports Limited acquired their first set of stocks in First Rock, a St Lucia-registered private-equity real estate firm.

The second acquisition, bringing the US-dollar investment by the agencies to US$3m (J$443m), was done in January 2020. Just over a month later, Hutchinson was invited to sit on First Rock’s board.

Hutchinson straddled the two boards until March 17, 2021, when she resigned from First Rock amid pressure from the transport ministry, which is led by Robert Montague, whose public silence continues.

Finance Minister Dr Nigel Clarke threw the spotlight on Montague in Parliament last week after revealing that the first purchase violated the Public Bodies and Accountability Act because the AAJ needed his ministry’s approval before investing in a then-unlisted company.

The AAJ also went against its policy by pumping millions of taxpayers’ money into a start-up without a performance record, having started operations in March 2019.

Clarke said Montague should be asked to answer whether he retains confidence in the current AAJ board which, along with Hutchinson, includes three officials who held membership for at least one of the purchases: Epsi Cooper-Morgan, Pauline Bowla, and Denton Campbell, who is the deputy chair.

Mikael Phillips, the opposition spokesman on transport, says Montague should fire Hutchinson because her lack of disclosure “was unforgivable and smacked of conflict of interest and an abuse of office for which she must take full responsibility”.

That’s less demanding than his colleague spokesman on finance, Julian Robinson, who has called for the entire board to be removed because “I have absolutely no confidence in them continuing to be stewards of the public funds”.