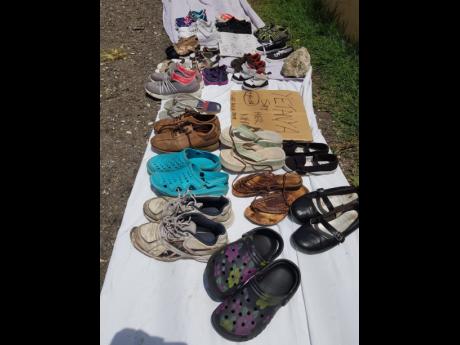 Last week the Institute of Gender and Development Studies and the Jamaica Council of Churches staged a stand against child abuse, using several pairs of children’s shoes to depict children harmed or killed in violent clashes in recent years 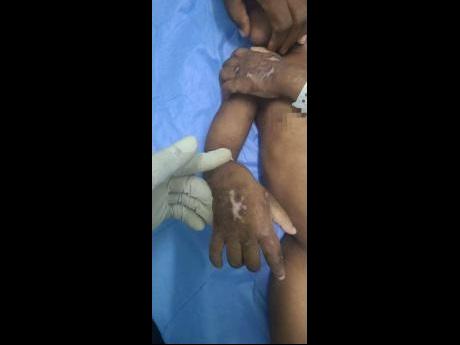 In the most hellish incidents of corporal punishment, Jamaican children are tortured, burned, and maimed by their parents and guardians for the most senseless reasons. 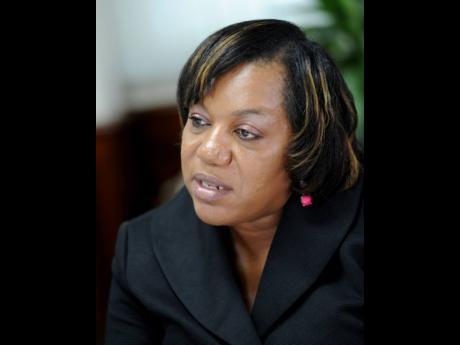 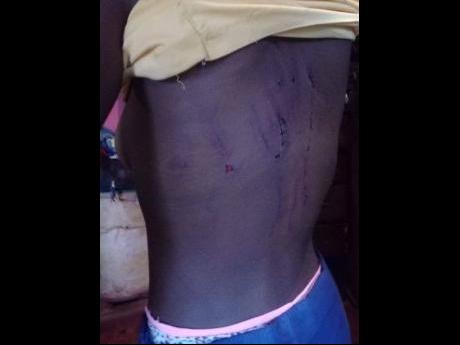 In the most hellish incidents of corporal punishment, Jamaican children are tortured, burned, and maimed by their parents and guardians for the most senseless reasons.
1
2
3
4

Jamaica’s treatment of its most vulnerable, the poor, the elderly and children, has always been an area where there can be improvement. But according to a recent report, one of those groups, children, have been coming under increased instances of abuse from those charged with the duty of protecting them, their guardians.

IN THE most nightmarish incidents of corporal punishment, Jamaican children are tortured, burned, and maimed by their parents and guardians for the most senseless reasons. And with more than 30 broken bones, the plight of a two-year-old girl is among the most heinous since January, according to data revealed by the Child Protection and Family Services Agency (CPFSA).

The toddler is currently hospitalised as doctors try to save her life but chances are she may have lifelong difficulties walking – if she ever does. Her hip bone is severely damaged and her body so battered, even seasoned investigators tear up with anger while recalling the case.

“It really mash up your head when you see these things. Trust me. And the worst part is when it is being done by family members,” offered Clive Mohalland, an investigator for the case at CPFSA.

The agency last week noted a worrying rise in domestic altercations between parents that have ended in savagery for their children. In other instances, children have been doled the most severe punishments for going to church or for playing too rough with siblings.

A snapshot of cases this year reeks of horror:

• Male … four … use of iron board and mop stick to beat child … mother;

And the horror stories go on and on. A 16-year-old boy was stabbed in the chest by his mother for fighting with a younger sibling, read the data that also showed mothers among the main perpetrators. Fathers and stepfathers followed, with guardians accounting for some of the more troubling cases.

One 15-year-old girl was beaten and choked for attending church by her father who does not believe in God, while a 14-year-old girl was burned with a pot for not washing the dishes properly. In separate incidents, two children were shot, one fatally.

TIP OF A CHILLING ICEBERG

In the case of the two-year-old girl with over 30 broken bones, a twin, her father took her from her mother earlier this year and subsequently left her with a relative for care. That’s when things spiralled downwards.

“We are still awaiting her head examinations but doctors suspect that there may be damage to her skull as well,” he said.

Three people have been taken into custody: the child’s father, his relative, and his relative’s spouse noted the sleuth, adding that the case is among the most difficult he has had to probe.

“These things really hurt because to know that I have my youth and I have to go to work and leave my children with family members, daycare or nursery. It is like you can’t be safe,” worried the father of two boys.

The case of four-year-old Nashaun Brown, beaten to death by his stepfather for eating too slowly last month, is only the tip of a chilling iceberg of parental abuse commonplace and culturally accepted in some communities across the island, explained CPFSA CEO Rosalee Gage-Grey.

“What is emerging is an increase in the number of domestic disputes that appear to be playing a role in the physical harm of children. The agency has been receiving reports of young children being hurt as a result of fights between parents. These children have been mainly between one and four years old, with the youngest reported being seven months old.”

She explained, “We have found that in the majority of instances, caregivers do not set out to necessarily cause harm but get carried away in administering discipline. In other cases, they genuinely believe that physical punishment is an effective tool for behaviour modification.”

The daunting picture may be added push for Prime Minister Andrew Holness’ support for the banning of corporal punishment in Jamaica, while addressing lawmakers in Gordon House recently.

“In the same way we have addressed and condemned other forms of violence in this House, we must unequivocally, loudly, and resolutely condemn violence against children,” he said, noting that he was actively looking at legislation towards the cause.

NOT TAUGHT TO BE PARENTS

In the meantime, the CPFSA and the National Children’s Registry have outlined that 1,465 of the 5,561 reports of child maltreatment were for physical abuse. This is an increase of 214 reports when compared to the corresponding period last year, though there was a dip in reporting last year due to COVID-19.

Last week the Institute of Gender and Development Studies and the Jamaica Council of Churches staged a stand against child abuse, using several pairs of children’s shoes to depict children harmed or killed in violent clashes in recent years. Representatives from various child and women’s rights groups turned out for the initiative.

“One of the primary problems is that as adults and parents we were not taught to be parents, and a lot of the issues, violence in the society, is that we have not been taught how to manage our emotions,” said Dania Bogle, gender advocate, and national campaign manager for the initiative.

“Many parents, when things are happening to them that they just don’t know how to handle, things that are affecting their mental health, the first persons or the easiest target for them to take it out on are their children. So as parents, we really need somebody that is going to teach us how to manage our emotions and how to be a good parent.”