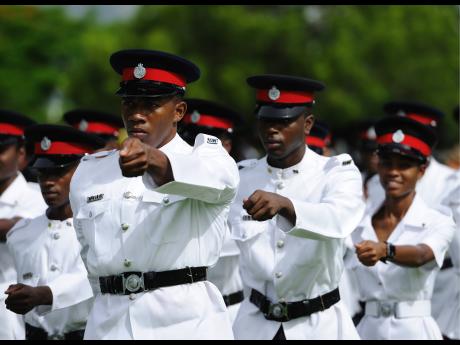 A number of editorials this week pointed to serious concerns but one of them, dealing with police misuse of power, was fairly poignant and maybe more worthy of a re-examination than the others.

The police must apologise

BEYOND THE question of whether the indecent language law could, in today’s circumstance, survive a constitutional challenge, the Shaquille Higgins issue raises serious concerns about an apparent malicious abuse of power by the police and their dissembling to cover their tracks.

This matter clearly warrants a probe by the Independent Commission of Investigations (INDECOM), the agency that reviews these kinds of complaints against the security forces. However, the police commissioner, Antony Anderson, should not wait on INDECOM’s report to issue an apology to Mr Higgins, as well as the people of Jamaica, whose trust is critical to the effectiveness of the constabulary.

Before this week’s events, few people outside his immediate circle are likely to have heard of Mr Higgins of Moneague, St Ann. He first gained a smidgen of notoriety for his crude, expletive-riddled rant against Prime Minister Andrew Holness in a viral video over the Government’s tightening of the COVID-19 protocols. Now, he is another face of police overreach and a probable victim of infringement of fundamental rights and freedoms.

In the aftermath of his anti-Holness tirade, Mr Higgins was arrested by the St Ann police, which, we suppose, is a possibility under the Towns and Communities Act. That law, at Section 9(c), makes it an offence to “use any profane, indecent or obscene language publicly”. There are various formulations of the general principle elsewhere in the law.

If it were Mr Higgins’ second offence or more, he would have been liable to a fine of J$1,000 or up to three months in jail. However, he first would have to be taken before a parish judge and proved guilty of the offence. Which was not what happened.

Instead, a second video emerged of a policeman, apparently at Mr Higgins’ home, instructing the partially clothed Mr Higgins to become fully dressed, seemingly in preparation to be taken to the police station. Another clip is of a subdued Mr Higgins, standing straight in an office where a police sergeant (judging by the stripes on his shoulder) is seated at a desk. Mr Higgins is being instructed to give an apology to Prime Minister Holness.

When Mr Higgins begins to declare, in a soft voice, how “really sorry” he was, he is cut off by the sergeant, or someone not shown in the video. Mr Higgins is commanded to“go better than that”. They want, he was told, the same force as in his insulting tirade against Mr Holness. So, Mr Higgins starts over, apologising for his “indecent language” and those “bad things” he said on the video. He is also instructed to extend the apology to the police.

The police have not denied the provenance of this video of Mr Higgins, or that it was shot at a police station. Which, if it were, would almost certainly have been done at the instruction, or with the complicity of the police present. That would have been a blatant attempt at usurpation of the law and an imposition of their own form of justice – in this case, the humiliation of Mr Higgins.

Notably, the police’s official comment on the affair does not address any of these fundamental and deeply troubling issues, including on what authority the police acted in extracting the apology, and on whose direction the video was posted to the Internet. It concentrates instead on a claim that Mr Higgins was arrested not because of his verbal abuse of Prime Minister Holness.

Mr Higgins’ detention, the police claimed, was because he was the suspect in a case of larceny. The police, previously, did not know how to find him. They found out because Mr Higgins gave his address during his curse out of Mr Holness.

The police will no doubt appreciate why this explanation rings hollow, and why people demand further and better justification for their seeming attempt at the arrogation of judicial powers and for possibly breaching a number of Mr Higgins’ constitutional rights, including those of privacy, equality before the law, and free speech.

With respect to the latter, this newspaper found Mr Higgins’ language against the prime minister totally repulsive and abhorrent. But there must be questions, in the absence of more, about the constitutionality of a law that makes illegal and criminal the use, in public, of words and language deemed indecent, obscene, profane or calumnious.

The point is that while the rights and freedoms declared in Jamaica’s Constitution may be infringed on, that trespass can only happen in circumstances where it is “demonstrably justified in a free and democratic society”. That justification, as our courts have recently been making clear, such as in the National Identification System case, cannot only be a declaration. It has to be proved. And that is the obligation of the Government when it is challenged.