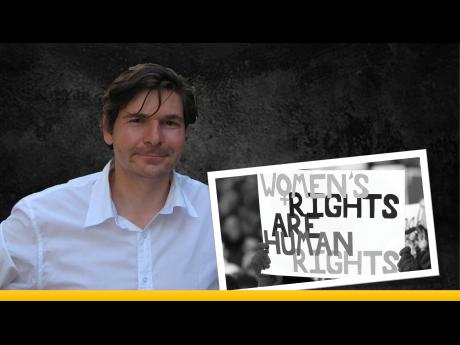 PRINCETON – A grim ten-year anniversary last month did not go unmarked. On July 22, commentators around the world duly commemorated the 77 victims of a Norwegian far-right terrorist who detonated a bomb outside the prime minister’s office in downtown Oslo and then massacred teenagers attending a Labour Party summer camp on the island of Utøya.

Most of these analyses aimed to understand the horror by way of the perpetrator’s “closely intertwined anti-Muslim and anti-social democratic sentiment.” While some expressed relief that he has not inspired more copycats, others used the occasion to indict “neoliberalism” and other monocausal abstractions. Strikingly absent from the punditry was the killer’s evident misogyny.

After more than a decade of witnessing a global resurgence of the far right, we continue to underestimate the importance of gender – especially defenses of patriarchy – as a bridge between extremists and the mainstream conservatives who are increasingly willing to collaborate with them.

Some worry that interpreting a mass murderer’s online manifesto hands him a victory and helps to spread his toxic ideology. But we cannot allow ourselves to be willfully blind to a killer’s mindset, nor should we surrender to the unreasonable fear that terrorists’ ideas are so seductive that they must be suppressed (an argument occasionally employed to justify banning Mein Kampf).

Of course, many hate manifestos are just cut-and-paste jobs, which means that the dangerous ideas are already available elsewhere. But if one bothers to compare the diatribes published in conjunction with the Utøya mass murder and the one carried out against Muslims in Christchurch, New Zealand, in 2019, the similarities are striking. And so, too, are the parallels between these and far-right populist parties’ official programs.

After all, far-right politicians have been saying for decades that “our country” is being taken away from “us.” Here, “our country” is imagined to be a white, Christian nation that is increasingly threatened by Islam. Muslims, it is said, are immigrating in increasing numbers and having more children, supposedly to “replace” the rightful inhabitants of the “homeland.” Yet alongside these nativist conspiracy theories about the “Great Replacement,” one also finds an open admiration for the traditional masculinity supposedly promoted by Islam. Hence, white supremacists at the deadly Charlottesville rally in 2017 chanted “white sharia now!”

Ultimately, the real problem for many on the far right is liberalism, and particularly the liberation of women from laws and social norms enforcing male domination. In the eyes of its enemies, liberalism does not just mean openness (or at least porousness) and flexibility; what they find threatening is its questioning of traditional authority, especially patriarchal authority to make decisions about women’s bodies.

The July 22 killer left no doubt about his desire to reinstate patriarchy. In his ideal world, women would be rigidly controlled to ensure the reproduction of the white Christian Volk. He detailed how this might be achieved by returning to the 1950s when men were in charge and women submissive; or with a scheme in which surrogate mothers in poorer countries would be paid (minimally) to have European babies; or by developing an artificial uterus that would render women entirely expendable.

With this fantasy about the complete destruction of females, his plan for July 22, 2011, included the public beheading of Gro Harlem Brundtland, Norway’s first female prime minister (who happened to leave the island earlier than expected on the day of the massacre).

As astute analysts have pointed out, the far-right oscillates between benevolent and hostile sexism: women are either weak vessels who need to be protected or sly aggressors destroying Western nation-states in the name of gender equality. The latter depiction makes men into victims, allowing those who turn to terrorism to claim that they did not start the violence. As “victims,” they are entitled to react to others’ aggression, and ultimately have permission to annihilate the enemy. The same logic was also on display in the January 6 attack on the US Capitol, where men carried out most of the violence and targeted prominent women like Speaker of the House Nancy Pelosi (whose office was ransacked).

The far-right Norwegian Progress Party has been at pains to dismiss references to the Utøya murderer’s membership in its youth section as a cynical instrumentalization of the violence. Likewise, Republicans have accused those who tell the truth about January 6 of “playing politics.”

But those who loudly proclaim that the homeland is under threat – Progress leaders had talked about “sneak Islamization” – and incite hatred of unpopular minorities cannot be surprised by what philosopher Kate Manne has termed “trickle-down aggression.” When Björn Höcke of the far-right Alternative for Germany demands that “we have to rediscover our masculinity, for only then can we become militant,” he knows full well how his rhetoric will be received.

Globally, the far-right stands to gain from the massive material and financial support enjoyed by those advancing “family values.” Far-right populists are also trying hard to make themselves appear acceptable to mainstream conservatives by emphasizing a seemingly shared social agenda. It is no mystery why they would take this approach: they have only ever come to power when more established centre-right forces decided to collaborate with them.

Hungarian Prime Minister Viktor Orbán has long played this game, appealing to centre-right parties with the argument that his autocratic and kleptocratic regime constitutes an authentic version of Christian Democracy. Accordingly, his government vigorously opposes same-sex marriage and works hard to associate homosexuality with paedophilia. In recent anti-LGBTQIA legislation, Orbán has made it all too obvious that incitement of hatred against minorities, rather than fidelity to natural law or supposed “natural order,” is the real objective.

We must recognize that the ideological and emotional appeal of the far right is not reducible to a single element such as hatred of Islam. Far-right parties can be flexible in which of their hate objects they emphasize, while still keeping white Christian supremacy, misogyny, and militant anti-liberalism closely intertwined. This mixture, in any shape or form, should be unacceptable to decent centre-right parties.


Jan-Werner Mueller, Professor of Politics at Princeton University, is a fellow at the Berlin Institute of Advanced Study and the author of Democracy Rules (Farrar, Straus and Giroux, 2021).