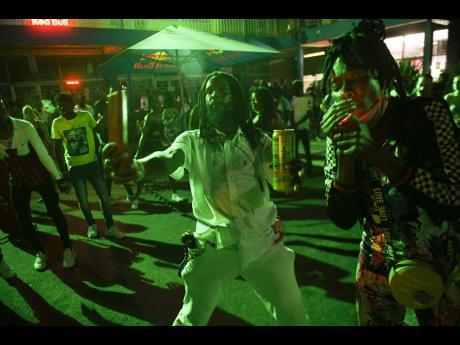 File
Patrons at the very popular Uptown Mondays in July. 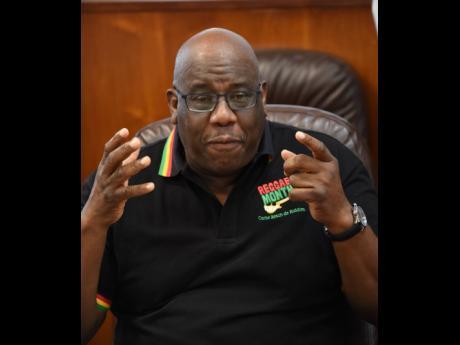 Ian Allen
‘We are in September now, and Christmas is just around the corner, and the outlook is bleak,’ said Howard McIntosh.
1
2

The entertainment sector has been ailing and with a third wave of COVID-19 infections accounting for lockdown decisions throughout the last part of August and the first part of September, there seems no end in sight. However, chairman of the Entertainment Advisory Board still sees possibilities, not this year though. Goodbye Christmas.

Times uncertain but wait on the science, EAB chairman advises

Admits that outlook ‘bleak’ for Christmas

CHAIRMAN OF the Entertainment Advisory Board (EAB), Howard McIntosh, says that despite the bleak outlook for the creative sector, which is currently under a prescription of curfews and lockdowns, he is waiting on the science as he looks forward to the resurgence of the Roaring ’20s.

“Right now, there is a total level of uncertainty as it relates to the industry. I was talking to one of the major players who told me that she would be pivoting to something which was not industry related. This time last year, everybody was talking about things going back to normal by 2021. The person I was talking to told me that all the tours have been cancelled. We are in September now, and Christmas is just around the corner, and the outlook is bleak. People are actually afraid of putting up their resources and running the risk of losing it all. I keep referring to the Roaring ‘20s, which came after the pandemic of 1918. I still expect the Roaring ‘20s to return, but the question is: When?” McIntosh said.

According to the EAB chairman, at the beginning of the pandemic in March last year, the solution he proffered to all concerned was “wait and see”.

However, a year and a half later, and with things seeming to get worse, he has changed his tune. He is now turning to science.

“My only response now is that we have to wait on the science. When we sit here and look at sports, for example, Jamaica is playing in the World Cup qualifying octagonal, and we are the only country without spectators. The US had 20,000, so, too, did Canada; Puerto Rico had a limit of 3,000. We need to look and see what is happening in other countries. Obviously, vaccinations figure prominently. We have an industry born out of revolution and rebellion, and we have an element that is not necessarily in support of vaccination. But they are understanding it more now,” the double-jabbed McIntosh said with some measure of hope.

Regarding the vexing situation of entertainment being opened and closed, McIntosh was a bit cautious. “The numbers came down, and it allowed us to reopen, and yes, the same thing did happen last year. We have confounding factors. There are the variants, adherence to or lack thereof to the protocols. But to what extent have transportation and tourism, for example, contributed to the spike? We don’t know, and we are not pointing fingers. If ever there was a time when data and statistics can drive the science, it is now.”

He related his recent experience visiting St Kitts on business and how protocols differed from those at Jamaica’s port of entry.

“From you land on the tarmac, you have to do your temperature check and show your vaccination card. This is before you reach immigration. And I look at what is happening in Jamaica, and I smile. In St Kitts, nobody can pick you up at the airport. You have to go to the quarantine hotels in designated taxis. Since I am vaccinated, my quarantine period is shortened, but I had to be tested and wait on my get-out-of-quarantine card. It was due on the Sunday, and the office was closed, so I had to wait another day. However, I was allowed to attend the event that I went there for, but I was assigned an island constable, and I was in a bubble. Anything [that] I wanted, that constable was responsible for getting it for me, and I couldn’t sit beside anybody,” he shared.

He stressed that he knew that “Jamaica is doing its best, and I applaud them” but suggested that border control could be “more rigid”.

“My colleague in the Cayman Islands called me recently. Sixty-eight Jamaicans had landed with negative PCR tests. They were all tested again, as required, and 24 of them tested positive. Again, I am not pointing any fingers,” he emphasised.