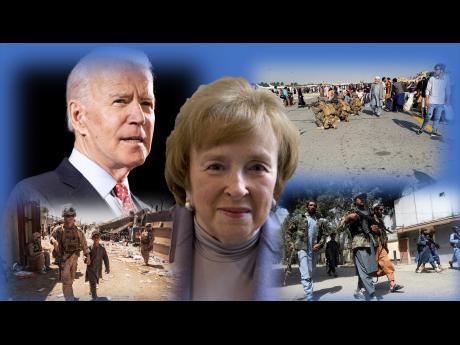 WASHINGTON, DC – It is far from clear that President Joe Biden deserves the obloquy heaped on him for the US evacuation from Afghanistan. This is especially true given the endings of other American wars, and the nearly impossible situation confronting him – in particular, that the Kabul airport is located within a city of millions that had just come under Taliban control.

The repetitive airing of scenes of panicked Afghans clinging to C-17 cargo planes after this was no longer happening made for far more dramatic scenes than the smooth take-offs that followed during the next 17 days of evacuation, yet news programs kept rerunning those chaotic images, creating an impression of Biden as hapless. Yet, some 120,000 US people – including troops of US allies as well as Afghans who had helped the US cause – were evacuated by air from Kabul, a logistical triumph.

Since Biden chose to end the evacuation by August 31, the date he had set, a few hundred Americans – some not ready to depart, many unable to reach Kabul airport – as well as hundreds of Afghans who had worked with the United States, were left behind. (A few have been evacuated since.) But Biden faced only bad choices. Had he prolonged America’s presence, US troops and those of allies would have been put at more risk, especially from the murderous Islamic State (ISIS) offshoot that had begun a campaign of suicide bombings.

The retreat from Afghanistan has revealed much about the nature of the government that Biden is running and how he runs it. Although Donald Trump – who also wanted to get out of Afghanistan – left Biden with an unworkable settlement with the Taliban, Biden’s decisions on withdrawal were mostly buttressed by his long-held belief that, when al-Qaeda was driven out of Afghanistan and Osama bin Laden killed, America’s strategic needs had been met. Despite his deep convictions about the correctness of his decisions, Biden brought trouble on himself by offering cheery predictions – such as that the Afghan government wouldn’t fall any time soon. When that proved unrealistic, Biden became defensive, even belligerent, which dented his reputation as a nice guy.

Another factor that may have played a role in shaping Biden’s Afghan policy is the striking difference in the nature of the president’s foreign and defence policy team and his domestic policy advisers. The latter is comprised of former mayors, governors, members of congress, and at least one business executive – people of independent standing. But Biden’s national security team is dominated by former aides. The soft-spoken Secretary of State Antony Blinken is a loyal, longtime Biden adviser. National Security Adviser Jake Sullivan, a youthful-looking 44, was Biden’s national security adviser as vice president. Biden often cites the concurrence of his advisers as confirmation of the wisdom of his decisions, but one gets the strong impression that he makes clear to them what advice he wants.

Secretary of Defense Lloyd Austin does carry an aura of independence and gravitas. Austin speaks slowly and carefully, and with that authority that comes almost naturally to a former four-star US Army general. He projects confidence without drama and holds his views tight. A senator said, “I wouldn’t want to play poker with him.” Austin managed the draw-down of American troops in Iraq, where he had worked closely with the president’s deceased son Beau, both qualifications that undoubtedly stood him well with the president. (Biden’s continuing, and maudlin, invocations of Beau, occasionally at truly awkward moments, is beginning to worry even some of his close allies.)

Republicans, who had been frustrated in their search for an effective means to attack Biden, have seized the opportunity provided by the chaotic withdrawal despite the fact that the decision to end America’s 20-year Afghan war was widely popular. Despite this inconsistency on the part of the US electorate, for the first time since the inauguration Biden’s job-approval ratings have dipped below 50%. Even some Democrats, their fingers held up to the wind, are planning to ask awkward questions of Biden and his team.

But what, exactly, is Biden to be blamed for? His administration is widely charged with not having planned for an evacuation, but Senator Tim Kaine of Virginia, a Democrat and member of the Senate Foreign Relations Committee, who deals with the White House a lot, told me, “[The administration] had a plan; they just didn’t expect to have to implement it so quickly.”

Biden’s administration, although less rancorous and leaky than most (thus far), does follow in the tradition of military and intelligence leaders differing markedly in their assessments of the quality of the Afghan army. Having spent $83 billion on training and equipping the Afghan army, the military has tended to view its efforts as a success. The intelligence agencies have been more sceptical. Kaine said, “For years we heard conflicting assessments about the Afghan military.”

Previous US presidents tended to relay to the public the bright side of America’s efforts in Afghanistan. In a ground-breaking series published in 2019, The Washington Post exposed the lies that presidents George W. Bush, Barack Obama, and Trump all told the country, such as how wonderfully the war in Afghanistan was going. Thus, most Americans were unprepared for the sudden collapse of the Afghan army or the flight of Afghan President Ashraf Ghani (with bags of money) when the Taliban strolled into Kabul.

Defense Department officials insist that no one warned them that the Afghan army would collapse within 11 days, but this could be a failure of imagination as well as of intelligence. In any event, there is intelligence and then there is how intelligence is interpreted. For example, Bush’s administration had received ample evidence that al-Qaeda was preparing to attack the US, even the World Trade Center, but leading figures brushed off the warnings. France, acting on the same intelligence about Afghanistan that the US government had, began to withdraw its troops in 2014.

A shaken Biden administration is now trying to change the subject away from Afghanistan by turning to domestic issues. But extricating itself from the consequences of its Afghanistan decisions, however, warranted, may take longer than the administration envisions.