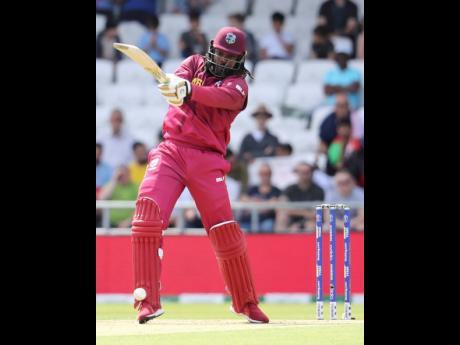 Whenever there is a team picked from as many countries as the Caribbean, you can bet your bottom dollar there is going to be controversy. West Indies selectors have not tried to hide from that controversy, picking a number of players that draw questions and leaving out others that draw even more.

IT HAS been close to seven days since the West Indies selectors picked the T20 squad that will be representing the region at the ICC Men’s World Cup in the United Arab Emirates (UAE), and still the selections continue to garner criticism from all circles.

The inclusion of players the likes of the ageless Chris Gayle, Ravi Rampaul, Dwayne Bravo and the exclusion of former captain Jason Holder and Guyanese hot shot Sherfane Rutherford has had its fair share of debates, with some questioning the rationale behind which players get to don the maroon colours on the big stage and which players get to watch the spectacle from the comfort of their homes.

Gayle’s lack of T20 form has pundits wondering how did the ‘Universe Boss’ get into the squad, while others believe players such as Rampaul, who has not played an international match since 2015, did not meet the criteria to be considered for selection.

The Universe Boss has totalled 227 runs in 16 T20 Internationals this year (at home to Sri Lanka, South Africa, Australia, and Pakistan), with a top score of 67 and an average of 17.46.

For some, Rampaul has justified his selection following the 17 wickets he has picked up in the Caribbean Premier League so far.

West Indies’ two-time World Cup-winning captain, Clive Lloyd, says selections will always be criticised, and it’s for the players picked to go out and do what they were selected to do.

“There is no team you pick that is going to please everyone. You have to hope that the players that are selected come good because on paper, we have some of the best T20 cricketers around and it’s entirely up to them to put their best foot forward,” said Lloyd.

Lloyd added that Gayle’s inclusion could very well be a masterstroke by the selectors to include the all-time leading T20 run-scorer.

“I played until I was 41 and still performed, who am I to say that Gayle should not be included? He is still fit, and he brings a lot of experience,” added Lloyd.

Former West Indies batsman Ricardo Powell, who played in the 1999 and 2003 50-over World Cups for the West Indies, believes Gayle’s inclusion can benefit the regional side, who are seeking to successfully defend the title they won in 2016.

“With Gayle’s experience and talent, playing in UAE will be a great place for him to play his natural game. The wickets are flat, plus the ball comes onto the bat nicely. I think Gayle has what it takes to help the West Indies take home the championship again, I believe in his ability,” said Powell.

The former right-hander believes the squad is a good one overall; however, he thinks a left-arm spinner such as Akeal Hosein should have been added to the mix to offer more depth and variety on the flat UAE wickets.

He also went on to add that veteran all-rounder Dwayne Bravo’s inclusion is a no-brainer, having done well for the regional side since his comeback. Bravo led the wickets for the West Indies in the recent T20 series against South Africa with 10.

“Bravo and Gayle are two of our most experienced T20 players, who consistently show what they can do and continue to bring to international franchises. His all-around ability is second to none,” added Powell.

However, regional cricket commentator Barry Wilkinson, who has covered every ICC World Cup since 2012, believes the selectors picked some players against what is listed in the criteria for selection.

Wilkinson questioned the inclusion of pacer Rampaul, who he pointed outplayed only Super50 cricket for Trinidad and Tobago recently, yet is being picked for a T20 international tournament, which he has not played in over six years.

“Rampaul has not played a single international match since 2015. Yet, the chairman in a CWI release mentions how well he bowled in the Super50. Is Super50 T20?” asked Wilkinson.

The Barbadian added if Rampaul was that exceptional, why didn’t he play a single T20 game in the recent series against Sri Lanka, South Africa, Australia, or Pakistan?

Wilkinson went on to mention that Gayle’s pick was purely on reputation and not form and performance.

“I can also speak about the wretched form of Chris Gayle. Well surely, he plays on reputation. Again, not form and performance, but I don’t see reputation as part of the criteria,” added Wilkinson.

The Barbadian says he is still mystified as to exclusion of Holder.

“On what basis would you leave out a Jason Holder? Is it form and performance? Is it a lack of fitness? Please tell me. In his last match for the West Indies, he took 4/26 vs Pakistan.”

With all that, Wilkinson believes the squad can win the tournament if key members perform to their full potential.