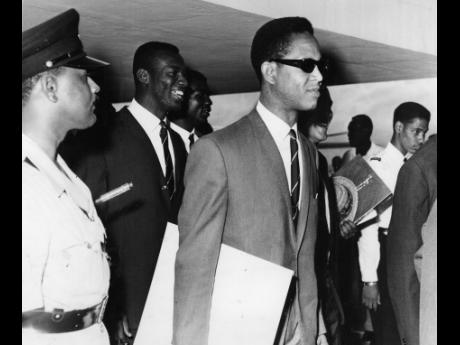 File
Gary Sobers seems most relaxed as he makes his way out of the terminal building at the Palisadoes Airport. Behind him is Wes Hall in a happy mood. 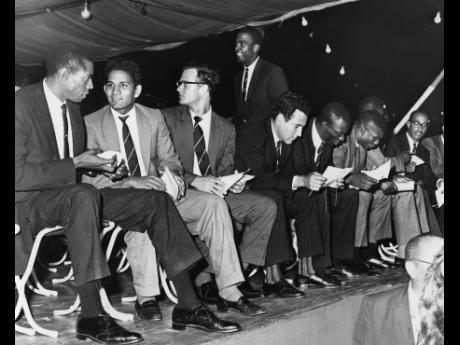 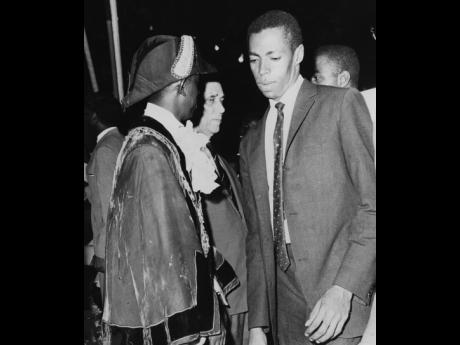 File
His Worship the Mayor, Councillor Leonard Currey (left), has a word with Lance Gibbs, a member of the victorious West Indies Team, at the reception at the King George VI Memorial Park. 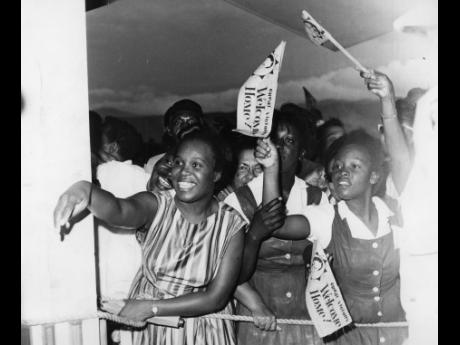 There was no hiding the pleasure on the faces of this group as they waved their welcome banners and let loose with broad smiles as the players arrived at the Palisadoes Airport.
1
2
3
4

Beating England in England was some feat for the West Indies and until 1963, seemed like something best left to fable. Just as important, was the act that this West Indies team had transformed from the very white-looking representation that was its stock in trade. Now it was led by a black man in Sir Frank Worrell, and the names on the lips of people were names like, Gary Sobers, Charlie Griffiths, Alfred Valentine, and Lance Gibbs.