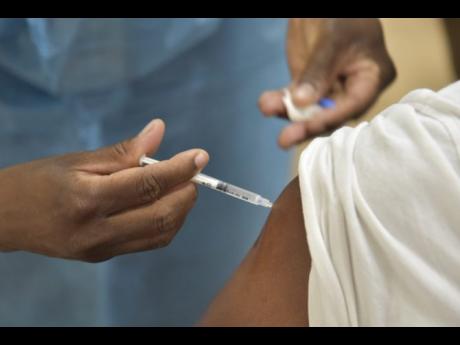 Britain, in not recognizing the vaccine programme of countries with high instances of COVID-19 infections, found more commonly among the developing, could have serious implications, especially for those who see taking the vaccine as a way to ensure less inconvenient scrutiny when travelling. The Gleaner’s point of view suggests the issue needs to be tackled on a regional level.

JAMAICA’S DECISION to raise with its Caribbean Community (CARICOM) partners what the foreign affairs minister, Kamina Johnson Smith, casts as Britain’s non-transparent system for determining which COVID-19-vaccinated people are let into the country, suggests Kingston’s wish for coordinated regional response to the United Kingdom’s (UK) approach.

This newspaper agrees with Jamaica. CARICOM should jointly tell the Brits what they do not like about the arrangement, and why they feel it discriminates against the region’s citizens. However, the community should go further. CARICOM should, at the United Nations, starting at the ongoing session of the General Assembly, and its specialised agencies, such as the World Health Organization and the World Tourism Organization, aggressively insist that the global community fashion a transparent, predictable and non-discriminatory approach to travel rights in the era of the coronavirus.

There is a growing expectation that countries will increasingly demand vaccinations against COVID19 for people to cross their borders, similar to requirements for vaccinations against a wide range of diseases, such as yellow fever and polio. But there is a sense that the nascent system for COVID-19 may be developing into a two-tiered arrangement, with rich, powerful countries having one standard for themselves and another, more difficult and opaque, for poor nations. Put another way, there could be a sort of vaccine apartheid in travel, or Orwellian disposition to the drugs: all vaccines are equal, but those administered in developing countries are less equal, even if they are the same ones donated by, and shipped from, London and Washington.

The potential for this North-South vaccine schism became sharply apparent in Jamaica this week with the revelations of how Jamaicans who travelled from the island to Britain were forced into prolonged isolation and additional COVID-19 tests, beyond what is the norm for fully inoculated people from several other countries. Indeed, the case of Errol Greene, the regional director, effectively the CEO, of Jamaica’s South East Regional Health Authority, which oversees 10 hospitals and several clinics, was highlighted by The Gleaner. Mr Greene’s Jamaica-administered vaccines were not recognised in Britain, where he went to attend the funeral of his mother.

Like most Jamaicans who have been inoculated here, Mr Greene received the vaccine that was developed by researchers at Britain’s Oxford University and AngloSwedish biotech firm AstraZeneca. The UK recently donated 300,000 doses of that drug to Jamaica, for which this newspaper is thankful, even if we lament that London was slow in extending its generosity.

A spokesman for the British High Commission in Kingston said the issue was not about the manufacturer of the drug. Rather, Jamaica’s vaccination certification process was not recognised in the UK. Why this is the case for Jamaica or other countries similarly affected, is not clear. “If you were vaccinated with Pfizer or J&J (Johnson and Johnson) … the certification would also not be recognised,” he said.“It is about the certification system and not any particular vaccine.”

Which, of course, is the greater absurdity. Maybe it is because Jamaican nurses, regularly poached by Britain’s National Health Service, are not adept at filling their syringes, and falter at the muscle into which they are to deliver the jab. Or perhaps the Brits lack confidence in the record-keeping of Jamaican and regional health officials, or in the authentication of the vaccination certificates issued by the Jamaican health authorities. Except that concerns over how Britain administers its COVID-19 travel/vaccination regime are not only Jamaica’s and CARICOM’s. India, too, shares them.

Like this region, New Delhi does not know precisely what the UK does not like about its vaccination system and, therefore, does not understand why Indian travellers, even if fully vaccinated, have to endure costly quarantines and additional COVID-19 tests. Mostly, India vaccinates with the AstraZeneca drug, although in this case it is manufactured on the subcontinent by the Serum Institute of India under licence from AstraZeneca. India has shipped five million doses of the vaccine to the UK, which presumably means that some of those doses were injected into the arms of Britons.

“Here is a vaccine, Covishield, which is a licensed product of a UK company, manufactured in India, of which we have supplied five million doses to the UK at the request of the government of the UK,” Reuters news agency quoted Indian Foreign Secretary Harsh Vardhan Shringla as saying. “We understand that this has been used in the national health system and, therefore, non-recognition of Covishield is a discriminatory policy.”

Other Indian policymakers sniff British Raj racism in the imbroglio. We doubt that to be the case, although we recognise the absurdity and irrationality of the approach.

The spokesman at the British High Commission in Kingston held the planned simplification of Britain’s travel regime as something of a grand possibility for Jamaica and some other CARICOM countries. That, however, won’t do, even if a few Caribbean countries, or all of CARICOM, emerge on the list of more favoured nations with easier paths to travel to the UK. Not if they do not know by which they got and can stay there. As Mrs Johnson Smith observed, Jamaicans, if they wish to travel internationally, may increasingly have to be vaccinated against COVID-19. However, any system that is in place (the Americans’ plan to introduce their own in November) should be globally streamlined, transparent and predictable. There should be clear requirements for all countries. And they must be applied with equity.

As Mrs Johnson Smith said of the British arrangement: “There is some lack of clarity on the specific formula, but it is clear that these circumstances need to improve.”

Which is what CARICOM should make into a global mission. In India, the region already has a potential partner in advocacy.