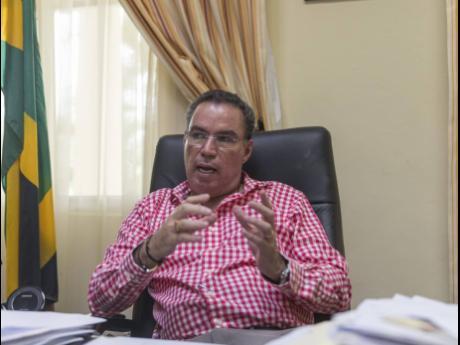 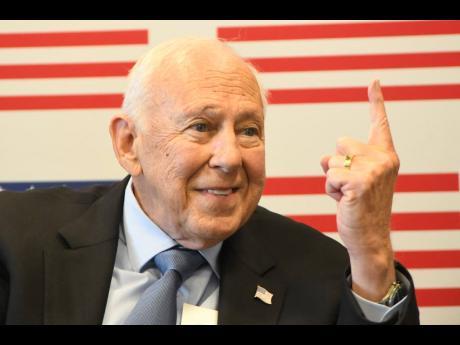 Energy minister Daryl Vaz may have had his visa re-instated, but the loss of it in the first place, and a notification on the new travel implement has raised questions that may be more trouble than they are worth.

Tapia says he had a duty to restore Vaz’s visa

ENERGY MINISTER Daryl Vaz has opted to remain silent on the explanation attached to his reinstated United States (US) visa.

The United States Embassy in Kingston on Friday reinstated Vaz’s travel permit two years after it was revoked for reasons unknown.

The Cabinet minister was issued with a one-year multiple-entry B1/ B2 visa.

“I’m highly appreciative of the courtesy extended by the US Embassy in Kingston,” he said.

US immigration law 212 (A) (2C) (1) refers to controlled substance traffickers.

It speaks to a visitor who a consular officer or the US attorney general knows or has reason to believe is or has been an illicit trafficker in any controlled substance “or in any listed chemical or is or has been a knowing aider, abettor, assister, conspirator, or colluder with others in the trafficking in any such controlled or listed substance or chemical, or endeavoured to do so”.

He has already denied any wrongdoing.

Noted well-known immigration attorney Wayne Golding said the US Embassy, in granting the waiver, would have looked at the energy minister’s background and anything that could have made him inadmissible to the US.

He said that a person can be deemed inadmissible to the US because of a number of things, including health or drug-related issues.

“It is unclear what they are saying he is believed to have done but that’s the clause under which they granted the waiver. They are saying you are inadmissible under that category but we’re granting you a waiver,” said Golding, adding that it is common for the consular officer to grant this kind of waiver.

However, Golding said people in the US often fail to get such a waiver.

“In the US, all a consular officer has to do is to have reason to believe based on the information he or she has. Sometimes it can also be an accusation and they take note of it. It doesn’t mean that the person is guilty of doing it,” he added.

The lawyer said whenever a waiver such as this is granted, the positives outweigh the negatives.

Vaz’s US visa was revoked in 2019, with the politician indicating then that he would resign from the Cabinet if the travel document was not restored on appeal.

At the time, he was minister without portfolio in the Ministry of Economic Growth and Job Creation in the Office of the Prime Minister.

Vaz is expected to head a delegation to the US next month for information and communications technology and cybersecurity consultations.

Information Minister Fayval Williams will also be in attendance, along with Aubyn Hill, the minister without portfolio in the Ministry of Economic Growth and Job Creation in the Office of the Prime Minister.