A coup attempt at the IMF 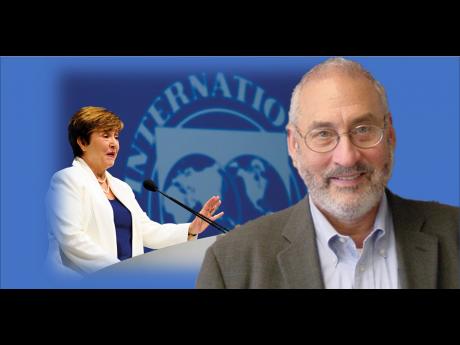 NEW YORK – Moves are afoot to replace or at least greatly weaken Kristalina Georgieva, the International Monetary Fund’s managing director since 2019. This is the same Georgieva whose excellent response to the pandemic quickly provided funds to keep countries afloat and to address the health crisis, and who successfully advocated for a $650 billion issuance of IMF “money” (special drawing rights, or SDRs), so essential for low- and middle-income countries’ recovery. Moreover, she has positioned the Fund to take a global leadership role in responding to the existential crisis of climate change.

For all of these actions, Georgieva should be applauded. So, what is the problem? And who is behind the effort to discredit and oust her?

The problem is a report that the World Bank commissioned from the law firm WilmerHale concerning the Bank’s annual Doing Business index, which ranks countries according to the ease of opening and operating commercial firms. The report contains allegations – or more accurately “hints” – of improprieties involving China, Saudi Arabia, and Azerbaijan in the 2018 and 2020 indexes.

Georgieva has come under attack for the 2018 index, in which China was ranked 78th, the same position as the previous year. But there is an insinuation that it should have been lower and was left as part of a deal to secure Chinese support for the capital increase that the Bank was then seeking. Georgieva was the World Bank’s chief executive officer at the time.

The one positive outcome of the episode may be the termination of the index. A quarter-century ago, when I was chief economist of the World Bank and Doing Business was published by a separate division, the International Finance Corporation, I thought it was a terrible product. Countries received good ratings for low corporate taxes and weak labour regulations. The numbers were always squishy, with small changes in the data having potentially large effects on the rankings. Countries were inevitably upset when seemingly arbitrary decisions caused them to slide in the rankings.

Having read the WilmerHale report, having talked directly to key people involved, and knowing the whole process, the investigation appears to me to be a hatchet job. Throughout, Georgieva acted in an entirely professional way, doing exactly what I would have done (and occasionally had to do when I was chief economist): urge those working for me to be sure their numbers were right, or as accurate as possible, given the inherent limitations on data.

Shanta Devarajan, the head of the unit overseeing Doing Business who reported directly to Georgieva in 2018, insists that he never was pressured to change the data or results. The Bank’s staff did exactly as Georgieva instructed and rechecked the numbers, making minuscule changes that led to a slight upward revision.

The WilmerHale report itself is curious in many ways. It leaves the impression that there was a quid pro quo: the Bank was attempting to raise capital and offered improved rankings to help get it. But China was the most enthusiastic backer of the capital increase; it was the United States under President Donald Trump that was dragging its feet. If the objective had been to ensure the capital increase, the best way of doing so would have been to lower China’s ranking.

The report also fails to explain why it doesn’t include the full testimony of the one person – Devarajan – with firsthand knowledge of what Georgieva said. “I spent hours telling my side of the story to the World Bank’s lawyers, who included only half of what I told them,” Devarajan has said. Instead, the report proceeds largely on the basis of innuendo.

The real scandal is the WilmerHale report itself, including how David Malpass, the World Bank president, escapes unscathed. The report notes another episode – an attempt to upgrade Saudi Arabia in the 2020 Doing Business index – but concludes that the Bank’s leadership had nothing to do with what happened. Malpass would go to Saudi Arabia touting its reforms on the basis of Doing Business just a year after Saudi security officials murdered and dismembered the journalist Jamal Khashoggi.

He who pays the piper, it seems, calls the tune. Fortunately, investigative journalism has uncovered far worse behaviour, including an unvarnished attempt by Malpass to change the methodology of Doing Business to move China down in the rankings.

If the WilmerHale report is best characterized as a hatchet job, what’s the motive? There are, not surprisingly, some who are unhappy at the direction the IMF has taken under Georgieva’s leadership. Some think it should stick to its knitting and not concern itself with climate change. Some dislike the progressive shift, with less emphasis on austerity, more on poverty and development, and greater awareness of the limits of markets.

Many financial market players are unhappy that the IMF seems not to be acting as forcefully as a credit collector – a central part of my critique of the Fund in my book Globalization and Its Discontents. In the Argentine debt restructuring that began in 2020, the Fund showed clearly the limits on what the country could pay, that is, how much debt was sustainable. Because many private creditors wanted the country to pay more than was sustainable, this simple act changed the bargaining framework.

Then, too, there are longstanding institutional rivalries between the IMF and the World Bank, heightened now by the debate about who should manage a proposed new fund for “recycling” the newly issued SDRs from the advanced economies to poorer countries.

One can add to this mix the isolationist strand of American politics – embodied by Malpass, a Trump appointee – combined with a desire to undermine President Joe Biden by creating one more problem for an administration facing so many other challenges. And then there are the normal personality conflicts.

But political intrigue and bureaucratic rivalry are the last things the world needs at a time when the pandemic and its economic fallout have left many countries facing debt crises. Now more than ever, the world needs Georgieva’s steady hand at the IMF.

Joseph E. Stiglitz, a Nobel laureate in economics, is University Professor at Columbia University and a member of the Independent Commission for the Reform of International Corporate Taxation.